It was Gloria Steinem who, in discussing President Bill Clinton’s indiscretions with Paula Jones and Kathleen Willey, fashioned the “one free grope” rule. That is, while not condoning President Clinton’s actions, Steinem concluded that one touching is not sexual harassment — at least as a matter law.

In Boyer-Liberto v. Fontainebleu Corp., (opinion (here), a black plaintiff alleged that her co-worker referred to her as a “porch monkey” twice in two days, from which she claimed to have been subjected to a racially hostile work environment.

END_OF_DOCUMENT_TOKEN_TO_BE_REPLACED

Well, sure, you can.

But winning that case — especially if you’re thinking about a claim under the Computer Fraud and Abuse Act — may be another story. 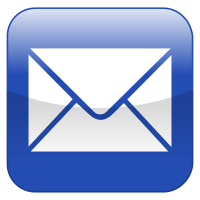 The CFAA is designed to prevent unauthorized access or malicious interference with a computer system. Often used as an employer-sword, to state a claim for a violation of the CFAA, a company must prove that an employee actually caused damage to its computer system or data. The CFAA defines “damage” as “any impairment to the integrity or availability of data, a program, a system, or information.”

END_OF_DOCUMENT_TOKEN_TO_BE_REPLACED

Last week, Philadelphia Mayor Michael Nutter signed this Executive Order, which will require that many city contractors provide a minimum wage of $12/hour beginning January 1, 2015. (Although, the Order will also apply to bids and proposals issued May 20, 2014).

For more on which employers/employee qualify, read the Executive Order.

END_OF_DOCUMENT_TOKEN_TO_BE_REPLACED

This according to this survey released yesterday from CareerBuilder.com.

However, money may not be everything. That is, 78% of working moms reported they are happy in their current roles at work, with about 2/3rds of working moms having enjoyed the full amount of maternity leave available to them following childbirth.

END_OF_DOCUMENT_TOKEN_TO_BE_REPLACED 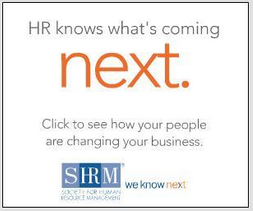 Yesterday, my buddy Jonathan Segal and I joined forces on Twitter to answer eight questions from SHRM’s We Know Next about the state of the law governing social media and the workplace.

A big thank you to SHRM and to those who were able to join us and participate.

ICYMI, here is a full recap.

END_OF_DOCUMENT_TOKEN_TO_BE_REPLACED

We’ve talked a fair amount about sexual stereotyping at the ole Handbook.

Here I discussed the cluster created by offering crap assignments to a male employee because he fails to conform to a male stereotype.

And of course, we have my “Ravishing Rick Rude” theory of same-sex harassment, which a federal appellate court crapped all over.

END_OF_DOCUMENT_TOKEN_TO_BE_REPLACED

Generally, a typical sexual harassment claim involves a supervisor or manager or co-worker making unwelcome sexual advances towards another employee.

But what if, instead of the harasser being one of your employees, it’s an independent contractor.

Does that absolve your company from liability? Is it a valid defense if one of your employees sues you for sexual harassment to point the finger outside of the company?

END_OF_DOCUMENT_TOKEN_TO_BE_REPLACED

Try this one for size, folks.

In this case, an employee argued that her former employer retaliated against her, by terminating her for complaining about the favorable treatment a co-worker with a special needs child received.

END_OF_DOCUMENT_TOKEN_TO_BE_REPLACED

Today we have a guest blogger at The Employer Handbook. It’s Kimberly Erskine.

Ordinarily, when I’m offered a wage-and-hour guest blog post, I just yawn — much like you do with the FLSA posts I do myself. But, this one, written from employee’s perspective, is a worthwhile read for both employees and employers alike.