[Bravo, Eric. You couldn’t even make it one line without a stupid Gaga pun].

Pun free after the jump…

END_OF_DOCUMENT_TOKEN_TO_BE_REPLACED

Sounds like one crazy party. Or just another Thursday at the Pine Woods Apartments.

Kristen Glemser had no idea…

On December 7, 2006, Kristen Glemser, a marketing/leasing agent for Pine Woods showed up for work, just like she would any other day. Except that some of the ladies in the office had planned a small party of one of Ms. Glemser’s female co-workers.

END_OF_DOCUMENT_TOKEN_TO_BE_REPLACED

About two years ago, the EEOC sued a Texas company, alleging that the company engaged in disability discrimination, in violation of the Americans with Disabilities Act, when it fired a 680-pound worker because he was morbidly obese. The EEOC alleged that the employee’s immense weight interfered with his ability to walk, stand, kneel, stoop, lift and breathe. Consequently, he was disabled, as defined under the ADA.

So how does employee obesity impact employers under the ADA?

END_OF_DOCUMENT_TOKEN_TO_BE_REPLACED 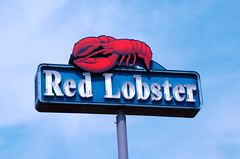 It’s a story that first made news over the weekend and is quickly picking up steam, ironically, because of social media.

A customer at a Tennessee Red Lobster restaurant allegedly left a racist message on a receipt. An African American waitress subsequently posted the receipt to Facebook with the message:

“This is what I got as a tip last night…so happy to live in the proud southern states..God Bless America, land of the free and home of the low class racists of Tennessee”

END_OF_DOCUMENT_TOKEN_TO_BE_REPLACED

Unable to match that, today, I have a less than successful way to encourage attrition — unless of course you like defending age discrimination claims.

A federal court has permitted a plaintiff’s claims that his ex-employer created a age-based hostile work environment to proceed to trial. And, get a load of the supervisor stupidity:

END_OF_DOCUMENT_TOKEN_TO_BE_REPLACED

Today we have a guest blogger at The Employer Handbook. It’s Holly DePalma. Holly is Director, HR Services at MidAtlantic Employers’ Association, a single source for HR services, delivering responsive, practical solutions to its members.

END_OF_DOCUMENT_TOKEN_TO_BE_REPLACED 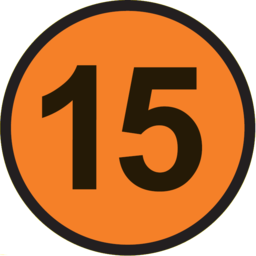 Kolja Vraniskoska worked as an Environmental Services Technician for Franciscan Communities, Inc., a nursing home. Ms. Vran– (eh, let’s go with Ms. V) — had several responsibilities as an ES Tech, one of which was pushing and unloading a linen cart. Franciscan required that each ES Tech take a linen cart stocked with fresh linens and transport it from the laundry to their unit by pushing or pulling it down the hall. During the day, the linen cart remained stationary as the ES Tech took fresh linens from the cart. At the end of the day, the ES Tech had to push the linen cart back to the laundry. Transporting the linen cart took approximately fifteen minutes each day.

During the course of her employment, Ms. V suffered a wrist injury. Initially, during recovery, her doctor advised that Ms. V should not use her left hand at all. So, Franciscan allowed Ms. V to perform light duty. Eventually, Ms. V’s wrist improved to the point where should could lift up to five pounds. But, her condition never improved. So, Franciscan, which had a policy of providing temporary light duty during recovery, told Ms. V that she had 45 days in which to find another suitable position within the company, or be fired.

END_OF_DOCUMENT_TOKEN_TO_BE_REPLACED

A black employee who claimed that her boss, also black, called her the n-word eight times, had her day in court recently, as she put her race discrimination claims to a federal jury.

The defense argued that the use of the n-word here was culturally acceptable because both the “victim” and the “harasser” black. But, during closing argument, the plaintiff’s attorney told jurors, “When you use the word [the n-word] to an African-American, no matter how many alternative definitions that you may try to substitute with the [n-word], that is no different than calling a Hispanic by the worst possible word you can call a Hispanic, calling a homosexual male the worst possible word that you can call a homosexual male.”

The jury agreed with the plaintiff. Larry Neumeister at The Huffington Post reports here, that the jury awarded the plaintiff $30,000 in punitive damages and $250,000 in compensatory damages.

END_OF_DOCUMENT_TOKEN_TO_BE_REPLACED

Cash, Rules, Everything, Around, Me

END_OF_DOCUMENT_TOKEN_TO_BE_REPLACED

It takes two to make a thing go right.

It takes two to make it out of sight, palatable enough for bipartisan support.

It took some doing, but the State of New Jersey finally has itself a workplace social media privacy law, becoming the 12th state to restrict company access to prospective and current employee social media.