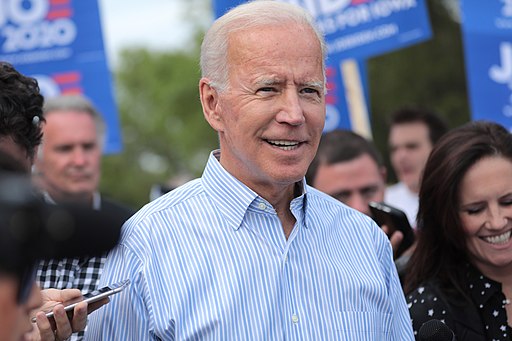 On Wednesday, President Biden was sworn in. And, folks, he wasted no time making moves that will impact labor and employment law.

Ian Kullgren and Josh Eidelson at Bloomberg Law report (here) that President Biden told National Labor Relations Board General Counsel Peter Robb that he had until 5 pm yesterday to resign. Mr. Robb apparently refused. So, the President fired him, according to The Huffington Post’s Dave Jamieson. The NLRB website appears to validate this.

You can read more about that here. For now, the Republicans still control the Board. So, don’t expect much of an employee-friendly shift yet. But we’re heading in that direction.

Vin Gurrieri at Law360 reports (here) that President Biden has appointed former EEOC Chair Jenny Yang to run the Office of Federal Contract Compliance Programs (OFCCP). OFCCP, which is part of the U.S. Department of Labor, is the federal contractor discrimination watchdog. Marty Walsh will eventually become the Secretary of Labor.

President Biden has signed an executive order requiring federal agencies to adhere to the Supreme Court’s decision in Bostock v. Clayton County and enforce Title VII’s prohibition on discrimination “because of . . . sex,” to cover discrimination on the basis of gender identity and sexual orientation.

The Human Rights Campaign praised the measure as “the most substantive, wide-ranging executive order concerning sexual orientation and gender identity ever issued by a United States president.”

The New York Times reports that Mr. Biden signed this executive order, which states that “on-duty or on-site Federal employees, on-site Federal contractors, and other individuals in Federal buildings and on Federal lands should all wear masks, maintain physical distance, and adhere to other public health measures, as provided in CDC guidelines.”

As predicted earlier, President Biden revoked President Trump’s “Executive Order on Combating Race and Sex Stereotyping.” Under the old EO, government contractors would not use any workplace training “that inculcates in its employees any form of race or sex-stereotyping or any form of race or sex scapegoating” and provides several examples of specific concepts that would be prohibited in such training programs.

Tim Ryan at Law360 reports (here) that President Biden has named USW official James Frederick as deputy assistant secretary at OSHA. According to the report, “Frederick will directly oversee the office charged with developing workplace safety standards for different industries, as well as the agency’s outreach programs, according to an OSHA organizational chart.”

Pending regulations are on ice.

The President’s Chief of Staff issued a memorandum asking all federal agencies with proposed regulations (like this one) or ones that haven’t taken effect yet (like this one) to hit the pause button.

Whew! I wonder what’s in store for us on Day 2.

(“Not that I’m complaining,” said the employment lawyer. Now, if you’ll excuse me, I have to check on my Faberge egg frittata for one in the Easy-Bake Oven.)