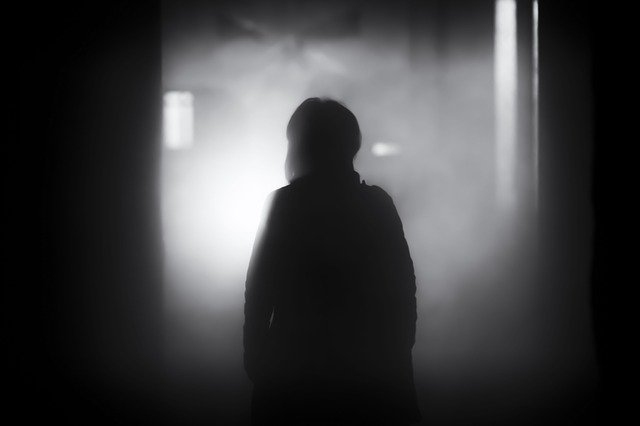 Image by StockSnap from Pixabay

It’s bad enough when a federal judge refers to a plaintiff-employee’s behavior towards her manager as “harassing, stalking, disturbing, and menacing.” And, I apologize that I didn’t have enough room in the title of this blog post to mention the plaintiff’s profanity and fighting at work, or her arrests for drunk driving and drug possession.

So, you’d think that the plaintiff would cut and run after the district court dismissed her claims for pregnancy, sex, race, and religious discrimination claims. But, the plaintiff who referred to herself at work as “crazy” and “psycho” decided to appeal to the Tenth Circuit Court of Appeals.

And how do you think that went for the plaintiff?

Well, if you guessed poorly, you’d be polite. It was, yet again, another clusterf—.

But, before getting ahead of our skis, I’ll try to explain what got us to court in the first place.

60 pages of text messages are just the tip of the iceberg.

The plaintiff was a part-time server at a restaurant. Her manager was male. His brother-in-law was a full-time cook. And the plaintiff and the cook became romantic.

Now, you may be familiar with the phrase, “a gentleman never kisses and tells.” The plaintiff, on other the hand, texted so much to her manager about her relationship with his brother in law that it filled 60 pages of the record before the district court. It should come as no surprise then that the manager described the plaintiff as “a major cause of workplace stress for other employees.”   Indeed, it wasn’t just the plaintiff who referred to herself as “crazy” and “psycho.” It seems that she developed a reputation for that in the workplace. Ironically, ‘disability’ was one of the only discrimination boxes not checked in this case.

Anyway, had the manager practiced what I preach; namely, hire slow and fire fast, I might not be blogging about this case today. That is, after the plaintiff’s arrests for drunk driving and drug possession, followed by her possibly-drunken visit to the manager’s home at sometime between 11 pm and 2 am one night, the manager had enough and fired her.

Except, then he reconsidered and brought the plaintiff back to work. Unfortunately, not much changed. The constant texting continued. Then, there was the tardiness, absenteeism, disregard of work rules, and fighting at work. Finally, after a few written warnings, the manager truly had enough and fired the plaintiff.

So, she went to the EEOC, checked a bunch of boxes on her charge of discrimination, sued in federal court, lost, and appealed.

Now, that you’re up to speed, let’s focus on the appeal.

The appellate court, in this opinion, reasoned that thee comments do not evince anti-Christian animus on their face. Then, it piggy-backed on the lower court’s conclusion that these comments don’t necessarily confirm any pregnancy bias because of the context in which the manager discussed the plaintiff’s pregnancy. That is, there was nothing linking anything about the manager’s pregnancy comments directly to his decision to end the plaintiff’s employment.

Therefore, both the lower court and the appellate court correctly placed the burden on the plaintiff to show that the employer’s reasons for ending her employment (her behavior, rules violations, etc.) were a mere pretext for discrimination. With her second bite at the apple, the plaintiff failed to meet her burden on appeal:

After setting forth applicable law, [the plaintiff’s] argument of error consists of three paragraphs in which she lists evidence that, as noted above, the district court found insufficient to raise an inference of pretext. She provides no citations to the record supporting her evidentiary assertions.And she makes no effort to demonstrate error in the district court’s rationale….[Plaintiff] instead simply asserts, without meaningful elaboration, that “nearly all of the relevant evidence in support of [the defendant’s] motion is controverted,” and “there [are] clearly questions of material fact that remain to be resolved.”

Rather than fashion a pretext argument for the plaintiff, the appellate court affirmed the lower court’s decision to toss her case entirely.