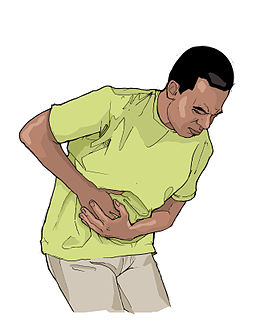 Look, cut me some slack here.

It’s 1:45 AM local time in New Orleans. This is my fourth major city in less than a week, having just arrived in town from San Francisco, where I spoke with EEOC General Counsel David Lopez on LGBT workplace rights at the EEOC EXCEL Conference. Instead of doing some last-minute preparing for tomorrow’s spiel at the 2016 DMEC Annual Conference — or, better yet, sleeping — I’m giving you a blog post about the discrimination implications of farting at work.

Please send my Pulitzer to Philadelphia.

Well, don’t accuse the NJ federal court of paying lip service to these claims. Peep this:

This Court has surveyed case law from around the country considering hostile work environment claims premised on coworkers and supervisors complaining about workers’ bathroom usage and body odor in the workplace. Although these cases were decided under Rule 56, rather that Rule 12, the conduct at issue in these cases was both (1) more egregious than that alleged by Plaintiff here, and (2) targeted at the individual with the disability, rather than a known associate of the individual experiencing the bathroom or body odor issues which, in this Court’s opinion, somewhat lessens the impact of the comments and conduct at issue.

Plaintiff has not alleged that these comments interfered with her work performance in any specific way, other than her conclusory allegation that the hostile work environment “detrimentally affected [her] and would detrimentally affect a reasonable person in the same position as Plaintiff.” Accordingly, the Court holds that Plaintiff has failed to allege facts that show that her workplace was permeated with “discriminatory intimidation, ridicule[,] and insult” that was “sufficiently severe or pervasive to alter the conditions of [her] employment and create an abusive working environment.” Plaintiff’s claim of constructive discharge fails for the same reason.