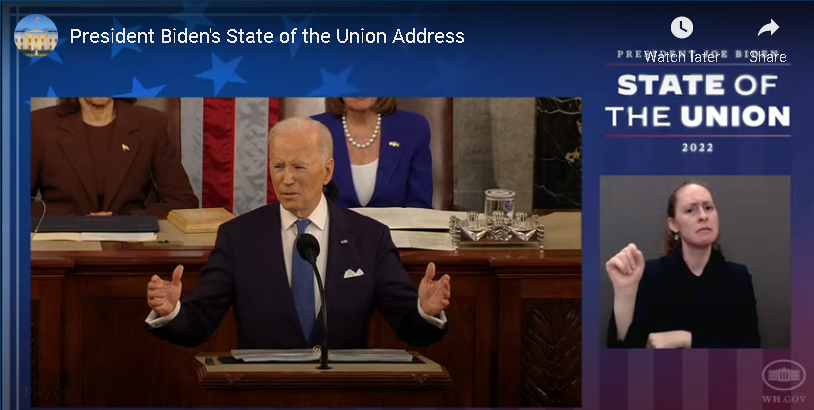 In case you missed President Biden’s State of the Union Address last night, I’ve got you covered with everything HR compliance that came up.

Additionally, President Biden called for the passage of the Paycheck Fairness Act. When Congress amended the Fair Labor Labor Standards Act in 1963, it included equal-pay provisions. These equal-pay provisions make it unlawful for an employer to pay men and women doing the same or similar work differently — unless the employer can demonstrate that it based the pay differential on “any other factor other than sex.” The Paycheck Fairness Act would strike “any other factor other than sex” and insert “a bona fide factor other than sex, such as education, training, or experience.”

The House passed the Act last April. However, it could not survive a Senate filibuster in June.

Shortly after President Biden took office, Sens. Patty Murray, D-Wash. and Chuck Schumer, D-N.Y. sponsored the Protecting the Right to Organize Act (the PRO Act) in the Senate, with Rep. Bobby Scott, D-Va. doing the same in the House. Here is a three-page fact sheet. The law would make it easier for employees to form a union, and here are ten reasons why.

Since last year, the White House formed a task force on worker organizing, and President Biden is now calling on Congress again to pass the PRO Act.

In 2019, the House of Representatives made history when it passed the Equality Act. It happened again in 2021. However, both times, it died in the Senate. Will the third time in three years be the charm?

Return to the Office.

“It’s time for Americans to get back to work and fill our great downtowns again. People working from home can feel safe to begin to return to the office.”

I like working remotely. So, I’ll pass. But you do you.

(If you get this blog post via email, keep scrolling down and you’ll see why.)