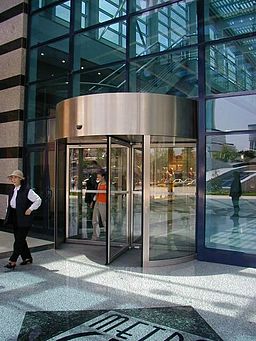 By No machine-readable author provided. Moberg assumed (based on copyright claims). [Public domain], via Wikimedia Commons

At least she didn’t have too many personal belongings to pack up.

TheGrio.com has all the details (here):

The New York Times fired a writer just hours after they had hired her after they learned she had used words like “f*g” and “n****r” in tweets.

On Tuesday, the Times said that it had hired Quinn Norton to be its “lead opinion writer on the power, culture and consequences of technology.”

But when the announcement hit Twitter, several users on the social media site pointed out that Norton had a history of using slurs and had admitted to being “friends with various neo-Nazis,” even if she claimed she “never agreed with them.”

By 10:00 p.m., the Times had pulled their support, writing, “Despite our review of Quinn Norton’s work and our conversations with her previous employers, this was new information to us. Based on it, we’ve decided to go our separate ways.”

Writing for Wired.com (here), Adam Rogers described the firing as “complicated.” Here’s why:

People resurfaced old tweets in which Norton employed derogatory terms for African Americans and gay people—words I find difficult to even type, frankly, about which more in a moment—and writing where she evinced friendships with well-known neo-Nazis. This took all of a couple hours, and I’ve been on enough HR-related conference calls to imagine what kinds of meetings people at the Times were having: How did we miss this, does it matter, is she racist or is she just using racist words, we hired her because she’s connected and complicated…

I dissent and don’t see it as being that complicated.

Should HR have egg on its face? No. I don’t think we’ve reached the point — even for a journalist position — where a standard interview question is, “If we search online are we going to learn that you’ve used racial slurs and befriended white supremacists?”

Steven Musil at CNET.com reports here about “a tweet from October in which [Ms. Norton] says she’s friends with Andrew Auernheimer, a convicted hacker who goes by the name ‘weev’ and is webmaster for The Daily Stormer, a neo-Nazi website.”

(The Daily Stormer is Nazi DEFCON One.)

Indeed, Mr. Rogers emphasizes how optics are important and why an employer like the Times can’t be seen as condoning support for white supremacists:

The rise of neo-Nazism and hard-right politics online has played out in the physical world to deadly effect. The media saw it happen. And it doesn’t want it to happen again. So, this time, the mainstreamiest of mainstream media outlets drew a bright line around Nazis. Who, frankly, could blame them?

So, really it’s not so complicated.

UPDATE (2/19/18): I reader emailed me over the weekend and raised the issue of possible implications of firing someone because of political speech (some state and local laws prohibit this). Could be, although I’m not so sure in this case. Also, if you are a public-sector employer, there could be some First Amendment implications. So, consult with counsel if you have any questions about that.