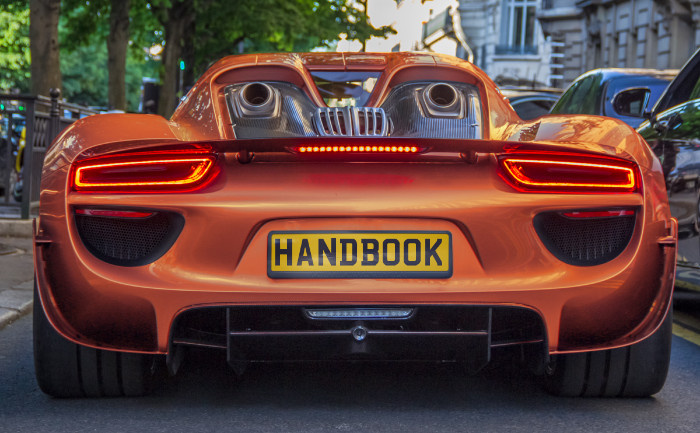 The title of this blog post is somewhat misleading.

Yes, this post combines cars and employment law. But, more than anything, it was just an excuse to use this cool image, play The Cars – a song called “Drive,” no less – and say, “Dude, where’s my car?”

You’ll see what I mean.

Oh, by the way, if you’re looking for something to do at 2 pm ET today, join me for “Let’s Get Real About Sexual Harassment,” a free webinar I’m presenting with my buddy Heather Bussing, Esq. You can register for that here.

James Larson worked as a salesman for Motor Werks of Barrington, Inc. Mr. Larson was 72 1/2 years old — not 72 or 73, but 72 1/2 — and had some heart issues for which he spent some time in the hospital. According to Mr. Larson — well, according to the Court’s opinion, which quotes Mr. Larson — he described himself as both “one of defendant’s best salesmen” and “about as good as anybody else” in terms of sales.

He sold an exceptionally rare car to the wrong customer. And, for that, Mr. Larson was fired.

So, it’s not as if he lost a car or anything. He just sold it to the wrong person.

But, “Dude, where’s my car?” is a lot funnier than, “Man fired for selling a rare car to the wrong customer loses discrimination lawsuit.”

Dude, err Mr. Larson, filed a lawsuit for age and disability discrimination, as well as for violation of the FMLA.

But the record evidence didn’t indicate that anyone at Motor Werks of Barrington, Inc. ever suggested to Mr. Larson that he shouldn’t be working because of any disability. Furthermore, when Mr. Larson would request time off from work, his company gave it to him. The parties even stipulated that when Mr. Larson’s employment was terminated, nothing in his medical records indicated or suggested that he would or would not need to take any future time off from work due to his disability. So, Mr. Larson’s claims that the company failed to accommodate his disability were dashed.

Ditto for his claim that his termination was a pretext for disability discrimination. Mr. Larson was unable to punch holes in the company’s legitimate reason for firing him; namely, the sale of the rare car to the wrong customer.

The age bias claim was a bit of a close call. Mr. Larson claimed that others at the company disparaging comments about his age. Ultimately, however, the Court concluded that Mr. Larson’s statement of facts fails to present an issue of fact by which a reasonable jury could find any such comments were contemporaneous or causally related to his termination.

Finally, the court dismissed the FMLA claims too:

Larson admits that he never requested time off for medical reasons under FMLA or otherwise, so he never tested whether any such requests would be granted. He also admits that no one from Motor Werks discouraged him from taking leave. A plaintiff’s admission that his employer never denied him an opportunity to take FMLA leave is “fatal” to an interference claim.

As with his ADA discrimination claim, Larson has not demonstrated that the timing of the termination was suspicious, nor has he shown that any similarly situated employees were treated different or that the stated reason for the termination was pretextual. Moreover, his claim is a non sequitur, as he admits he did not exercise any FMLA rights for which Motor Werks could retaliate.