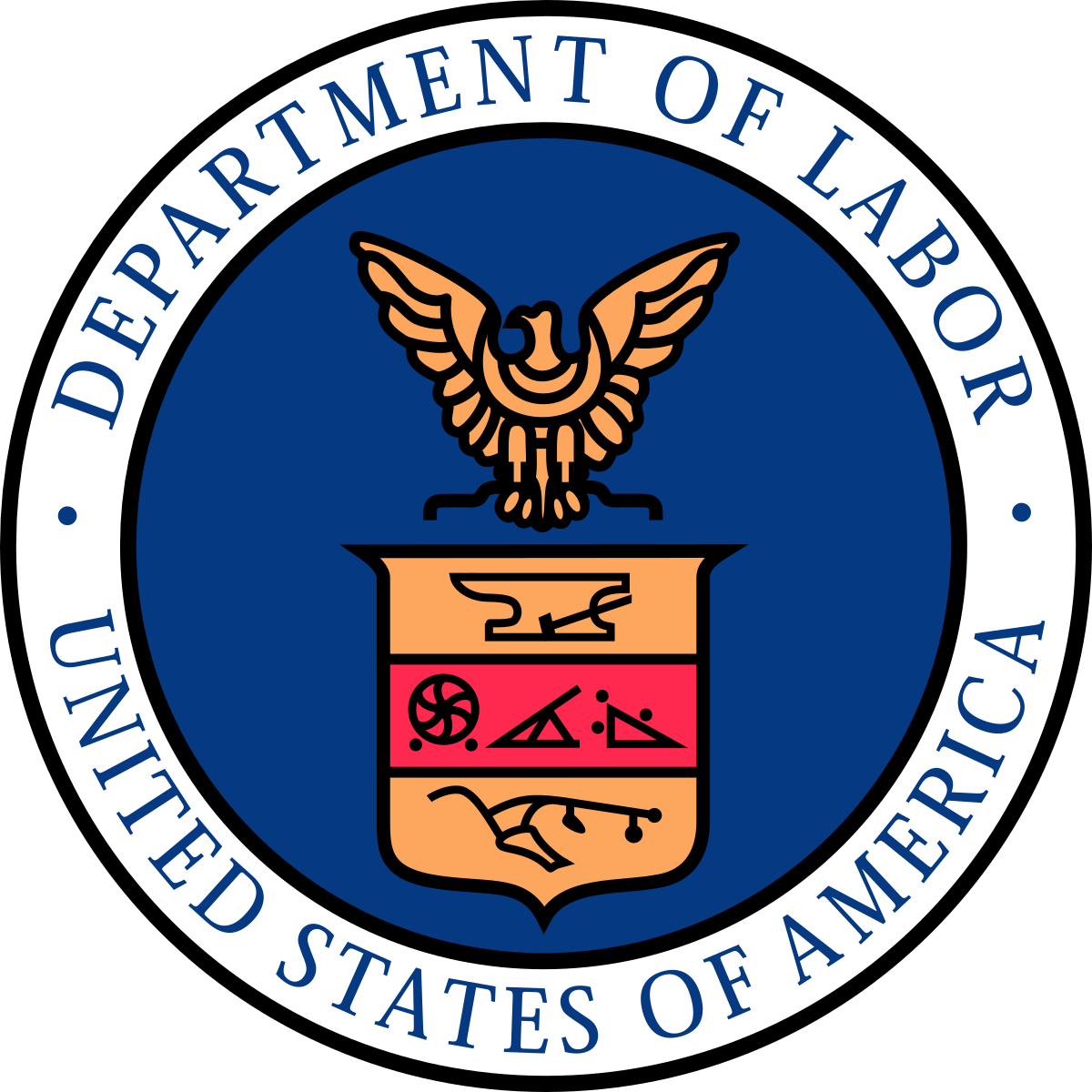 By U.S. Department of Labor – Converted from EPS version available here; there are EPS and PDF versions, Public Domain, Link

Welcome to both of you.

Under the Fair Labor Standards Act, an employer must pay non-exempt employees minimum wage and overtime for hours worked over 40 in a workweek. Most of these employees are paid hourly.

However, did you know that the FLSA allows you to pay non-exempt employees a salary paid based on the fluctuating workweek method for whatever hours s/he is called upon to work in a workweek, whether few or many?

What is the “fluctuating workweek” method?

Since the salary in such a situation is intended to compensate the employee at straight time rates for whatever hours are worked in the workweek, the regular rate of the employee will vary from week to week and is determined by dividing the number of hours worked in the workweek into the amount of the salary to obtain the applicable hourly rate for the week. Payment for overtime hours at one-half such rate in addition to the salary satisfies the overtime pay requirement because such hours have already been compensated at the straight time regular rate, under the salary arrangement.

Here’s an example of how it works.

Are there limits to the fluctuating workweek method?

The employee must clearly understand that the salary covers whatever hours the job may demand in a particular workweek and the employer pays the salary even though the workweek is one in which a full schedule of hours is not worked.

Typically, such salaries are paid to employees who do not customarily work a regular schedule of hours and are in amounts agreed on by the parties as adequate straight-time compensation for long workweeks as well as short ones, under the circumstances of the employment as a whole.

This method is not available to employers who compensate their employees with bonuses or other incentive-based pay. (More on this in a bit.)

The employee cannot be paid for his/her overtime hours at a rate equal to or less than that which s/he receives for non-overtime hours.

The fluctuating workweek method may not comply with state law. Pennsylvania is one of those states.

Last month, Rebecca Rainey from Politico Morning Shift (here) and SHRM’s Lisa Nagele-Piazza, J.D., SHRM-SCP (here) reported that the DOL sent a proposal to the White House Office of Management and Budget to update the fluctuating workweek method. The DOL proposes to revise these regulations to “grant employers greater flexibility to provide additional forms of compensation to employees whose hours vary from week to week.”

What could this mean?

Well, the DOL should be publishing a proposed rule soon, after which the two of you will have an opportunity to comment on it.