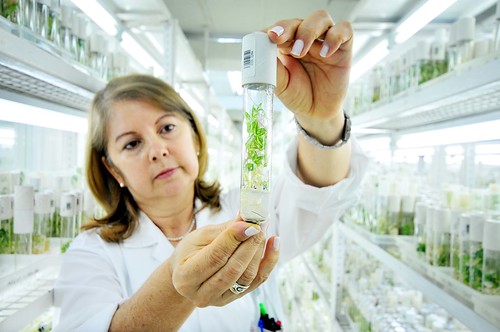 A received a number of emails following yesterday’s blog post, “Can you refuse to hire a person whom you fear may have a future disability?” Most were nice. Although, I didn’t appreciate one reader’s virtual flaming bag of virtual dog poop left in my inbox. That person can go to virtual hell. Or actual hell.

But, one of the more substantive emails was worthy of setting the table for today’s post:

There’s an employer in my area that requires every employee to undergo genetic testing as part of their orientation process. What happens if an employee shows up with the BRCA gene for breast cancer? Can the employer rescind the offer because this medical test indicates that the employee has a greater likelihood of breast cancer? Or is there enough wiggle room in the decision that a gene would not be considered a physical characteristic?

Under the ADA, you can refuse to hire a person whom you fear may have a future disability.

I’m assuming that this question is not one of those “asking for a friend” questions that I so often receive at the end of presentation I make at local HR events. Rather, I’m going to respond to what I envision is a purely hypothetical, not-asking-for-legal-advice-and-I’m-not-giving-it, questions.

So, a quick recap from yesterday. The Eighth Circuit held (here) that it’s ok under the Americans with Disabilities Act to make an employment decision based on a perception that a physical characteristic—as opposed to a physical impairment—may eventually lead to a “disability”.

But, you may have some GINA problems.

For today’s question, there’s another federal anti-discrimination statute to consider: GINA. I’m not talking about the one working the diner all day-ay-ay, bringing home her pay for love.

Rather, I’m talking about  the Genetic Information Non-Discrimination Act (GINA). And, under GINA, the answer to the reader question is more black and white. Ain’t that right EEOC:

In the question above, can the employer rescind the offer because the medical test indicates that the employee has a greater likelihood of breast cancer? Nope. That would violate GINA (and any comparable state or local law).