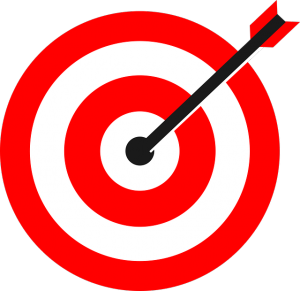 I know good clickbait when I see it.

First, Polly Mosendz and Rebecca Greenfield report here at Bloomberg.com about how a managing director allegedly misread the signs and took a less orthodox approach to recruiting a candidate. He used his corporate LinkedIn account to share a picture of his genitals. Oops.

In a lawsuit filed Tuesday night in Los Angeles, a mid-level financial industry professional identified only as Jane Doe alleged that a recruitment conversation on LinkedIn took a turn for the inappropriate when she received sexual messages from a banker—using his corporate account—who had been trying to recruit her. One of the messages included a photograph of his genitals.

Eichler initially messaged Doe about potential job opportunities. When Doe expressed interest in hearing more, the messages shifted from professional, she alleged. “So what are you doing up so late?! Here’s my number if you wanna play,” wrote Eichler, according to court filings. He later added that it could be a “late night secret” before sending a graphic photograph, she alleged. After Doe didn’t reply, he wrote “Ugh, I guess I screwed up 🙁 bummer dude.”

I’ll have a half-caf Venti with soy milk. But, hold the nude pics.

Patrick Dorrian at Bloomberglaw.com shares this little nugget about a Starbucks barista who, off the clock, allegedly sent nude pics to a trainee on Facebook and Snapchat. The alleged harasser supposedly threatened to have the trainee fired if she did not reciprocate. According to her complaint filed in federal court, after the trainee complained to her employer, the alleged harasser pitched a fit and the trainee’s hours were reduced and ultimately led to a constructive discharge.

You can’t afford to ignore this type of behavior.

Your employees probably aren’t training to send crotch pics to recruits to entice them to become part of your great work culture. Well, maybe if you work for Larry Flynt.

The first case above describes behavior that occurred not only during a corporate recruitment effort but on a company LinkedIn account. Is the toothpaste out of the tube at that point? Maybe. But, once the company learns of this mess, it needs to take whatever reasonable remaining steps it can to address the situation.

And, as Mr. Dorrian notes, “the [Starbucks] lawsuit illustrates how off-duty communications between employees, particularly via social media, can create potential liability risks for employers.” Even when the behavior is off the clock, it can become a company problem, especially when the victim views the offensive photos/texts/messages/posts at work.

So consider highlighting these types of issues — the 24/7 world of social media — when you train employees and managers on respect in the workplace.