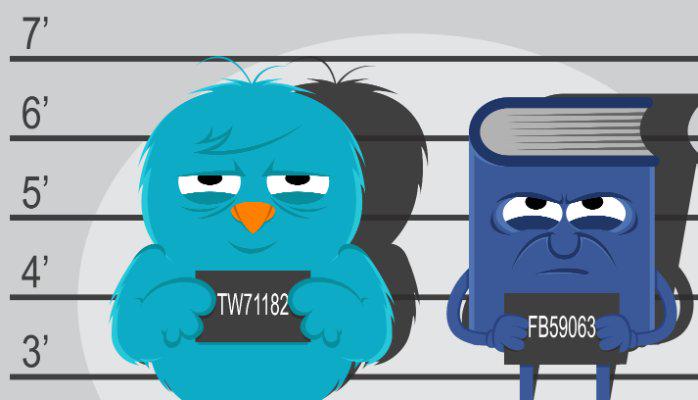 Remember when I told you (in this blog post, this article, and this tv interview) that private-sector employees have no First Amendment right, while government employees have limited free-speech rights?

Actually, I was telling the truth. Today’s blog post proves that.

Michael Todd Snipes was a law enforcement officer with the Beach Safety and Ocean Rescue Department in Volusia County. Past tense.

Where he ran into trouble was on the Facebook and the text messages. Shortly after the County adopted a zero-tolerance policy and right around the time of the Trayvon Martin/George Zimmerman trial, Mr. Snipes engaged in what most people would view as some pretty reprehensible behavior:

The day after the Zimmerman verdict was announced, Snipes—in a comment he concedes was in reference to Martin—posted the following on his Facebook page: “Another thug gone! Pull up your pants and act respectful. Bye bye thug rip!” On the same day, Snipes initiated a nine-person group text message, to which he sent a picture of Paula Deen with the caption “Y’all niggas want some pie?” One of the members of that group text responded with a picture of Martin and the caption “Those skittles were to die for,” to which Snipes responded “Lol.” Similarly, Snipes responded “LOL nice!” to a picture of the Zimmerman jury with Paula Deen’s head superimposed on their bodies. Finally, he ended the text thread by sending a picture of Martin and Zimmerman in which Zimmerman was depicted as an African-American and Martin was depicted as a Caucasian.

The Facebook stuff was off-the-clock. But, some of the texts were sent from work to county employees and a subordinate. Eventually, it all hit the fan for Mr. Snipes and he got fired.

So, Mr. Snipes sued the County for violating his First Amendment rights.

If there’s any silver-lining to this, it’s that we get to bear witness together to the back of the Eleventh Circuit’s judicial hand repeatedly slapping this plaintiff across the face.

For while a public-sector employee does have limited First Amendment rights, the law requires that they are balanced against “the interest of the state, as an employer, in promoting the efficiency of the public services it performs through its employees.” That requires consideration of three factors:

If the County had not terminated Snipes it was reasonably possible that there would have been substantial protests and rallies in the community, that the Beach Patrol’s ability to recruit new members from the African-American community would have been hindered, and that the public’s confidence in the Beach Patrol—and perhaps all County law enforcement—would have been adversely affected….[I]t is plainly obvious that Snipes’ comments could be reasonably expected to cause a disruption in the efficient functioning of the County.

As to prong two, that didn’t go well for Snipes either:

Snipes’ comments were made while he was on duty as an employee of the County. They were made to other employees, including subordinates and those who were on duty. They were made public through his Facebook page. And they were delivered in a vulgar and insulting manner to which we have traditionally declined to afford protection.

With respect to prong three, well, when it rains, it pours:

Snipes should have been—and in fact was—aware that racial tensions in the County were already high, that the Beach Patrol’s image had been severely damaged by its prior scandal, and that public trust in the County was already low. Against that backdrop, he then made comments that he knew were likely to further inflame tensions, to further hurt the Beach Patrol’s image, and to further erode trust with members of the public. Put simply, it would have been difficult for Snipes to pick a worse context in which to make his comments.

Let’s change the facts up a bit. Assume that Mr. Snipes made every Facebook post and sent every text message off business hours. Does that inspire any more confidence in his ability to faithfully perform his job duties?

Consider that the next time that you learn about one of your customer-facing employees spouting similar racist/xenophobic/biased views on his or her own time. Do you want that person working for you? Or should the employee free-speech rights trump?

It’s not a difficult decision.