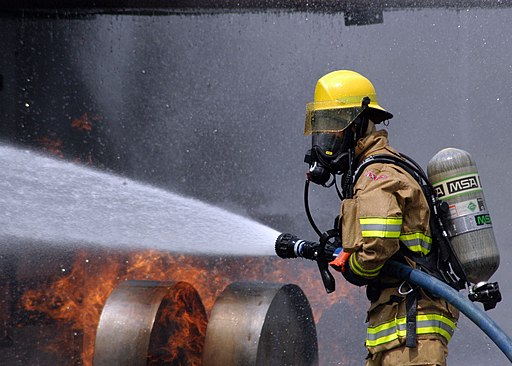 A white South Carolina firefighter posted threats on Facebook that he would run over Black Lives Matters protesters.

The fire department began receiving complaints about these posts. Plus, the posts violated various provisions of the employee handbook. So, the next day, the firefighter was, err, fired. (For more on the initial lawsuit, you can read this story from CBS News.)

Fast forward three years and the firefighter is this close to a federal jury hearing his race discrimination claims.

I’ll explain why a federal judge in this opinion denied the employer’s motion for summary judgment on the plaintiff’s claims of race discrimination.

The plaintiff alleged that his employer treated him differently than it did two other African American firefighters who also made inflammatory Facebook posts.

One of the firefighters wrote, “Here’s a thought, I wear a blue uniform, I’m black, but because I wear the uniform gangs are going to try and take me out? Hmmmm guess black lives don’t matter now do they? See it’s all bull****…. But can’t tell idiots that now can you?”

The other posted: “Protesting is your right and you are free to do so, but when you protest in the street, that is impeding traffic. In that case, you’re just pretending to be a speed bump”

The plaintiff claimed that this reflected disparate treatment based on his race (white), which would violate Title VII of the Civil Rights Act of 1964, if true. The employer argued that the Facebook posts from the two African American officers were not as bad as the plaintiff’s. The court concluded that a reasonable jury may disagree:

While [one of the comparator’s] post may not be “precisely the same” as the plaintiff’s, it is not required to be….A reasonable jury too could find that the [comparator’s] post was
the same conduct without such differentiating or mitigating circumstances that would
distinguish his conduct or the employer’s treatment of him for it.

Plus, the court noted that the employees were subject to the same policies and procedures governing responsible use of social media, and the employer stated that “any actions taken to communicate or demonstrate a lack of respect for the lives and safety of others falls into the category of ‘zero tolerance’.”

Well, zero-ish tolerance for some, but not for others.

So, can you fire an employee for stuff s/he posts on social media?

In most situations, you can. However, it helps to have work rules governing this type of behavior.

And it helps, even more, to apply those rules consistently.