How many of you, like me, work out at Planet Fitness?

I like PF because it’s relatively close to the Bloggerdome and it’s $10/month. Now, if only they’d implement my many suggestion box notes to add a set of 100-pound dumbbells for bicep curls.

Sun’s out guns out. Amirite?

But, I’m not here today to wax muscular. Instead, I’m here to provide you with a little Friday levity, from which I may deftly interpose an HR lesson.

You see, PH has a motto: “Welcome to Planet Fitness. The Judgement Free Zone.” And, earlier this week, I read about some dude who took that motto a little too seriously.

A Massachusetts man is facing charges after he allegedly removed his clothes at the front desk at the Plaistow Planet Fitness, exercised in the nude and later told police that he thought the gym was a “judgment-free zone” Sunday afternoon.

“The story we got from witnesses was that the guy walked in, stripped down right there in front, left the clothes and belongings at the front desk, walked back and forth across the gym a couple of times and then settled in over at the yoga mats,” police Capt. Brett Morgan said.

According to Morgan, officers found [the man] in what appeared to be a “yoga-type pose” on a mat when they arrived to investigate.

“The only comment he made was that he thought it was a judgment-free zone, apparently referencing their slogan,” Morgan said…

I was at PF the other night and meant to ask for a copy of a form of membership agreement to review the dress code, but I got distracted. Damn selfies. That Instagram Clarendon filter really brings out my delts.

However,  I did snap a pic of the posted dress code. And now I foresee a Pulitzer in my future. 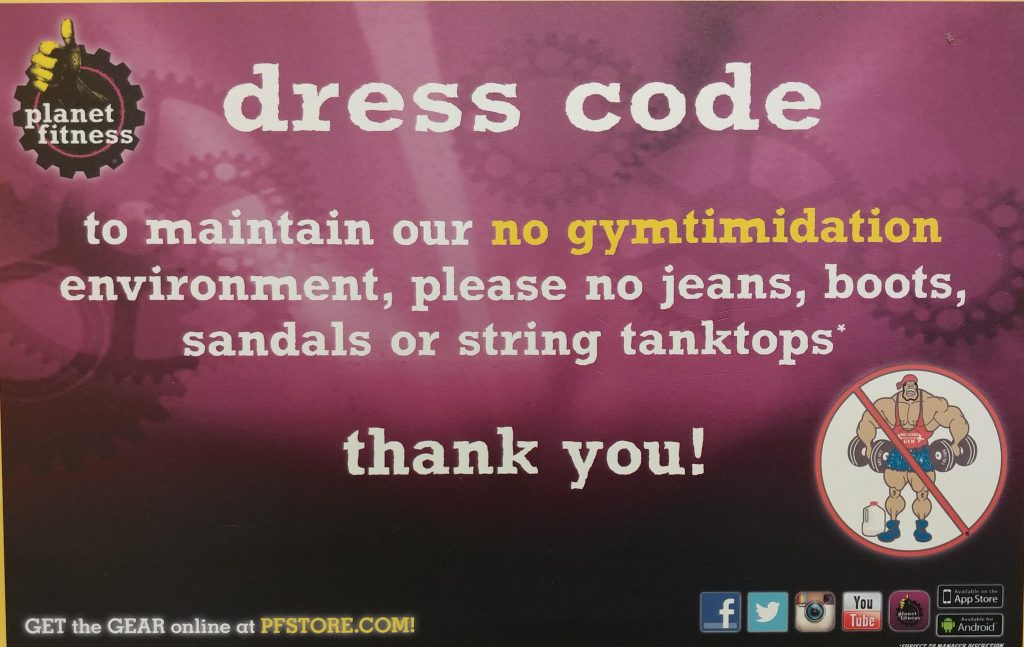 And before you get all, “Wait a minute, Eric. Is that an asterisk after ‘tanktops’? Let’s see the fine print.” 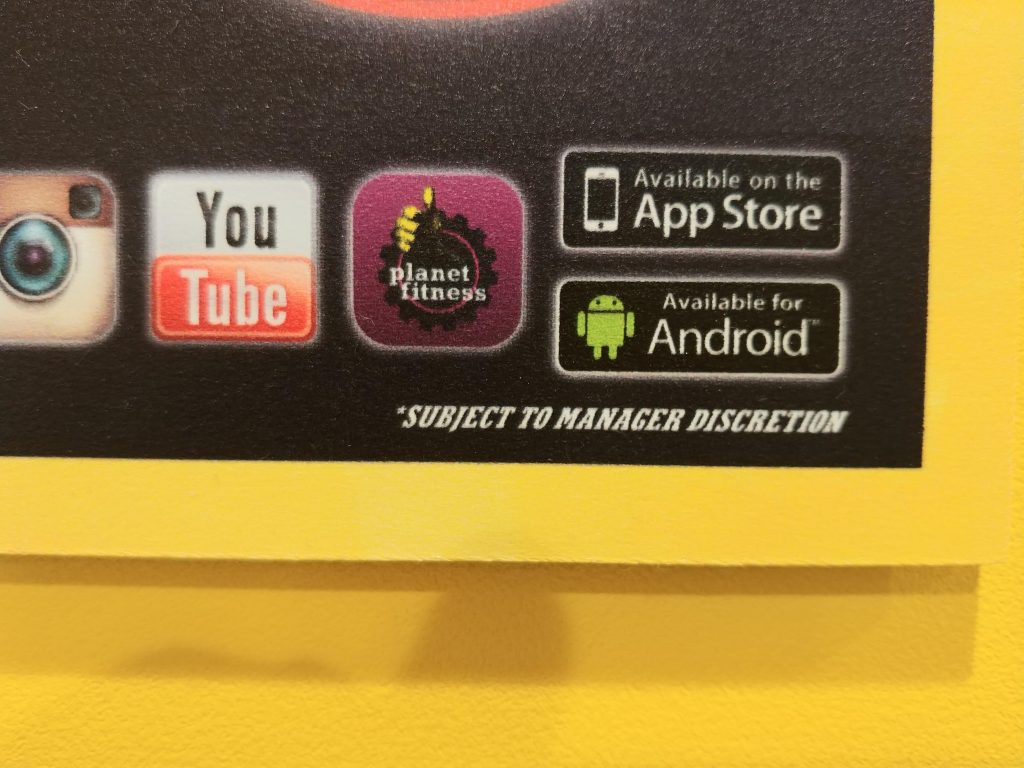 And you know what? Unless your company produces late-night television for Cinemax — I’m not sure if that reference is dated — I’ll bet your employee handbook dress code is silent about nudity as well.

Because my readers are not “judgment-free.” In the sense that there are many times that you can exercise judgment — good judgment — when your handbook doesn’t cover every possible workplace contingency known to man or woman.

So, unless you want to grow your handbook to 1000 pages, or work for Cinemax, then its ok for you and your managers to exercise sound, consistent judgment for those situations in which you’re thrown a curveball that your 50-page handbook does not address.

(Good luck getting that out of your head today.)