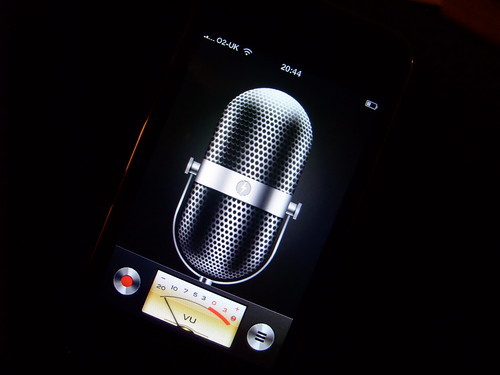 Remember last month when I told you  about how the National Labor Relations Board concluded that an employer could not maintain a workplace rule that banned employees from recording workplace conversations, absent prior company approval. (More on that here).

Well, in the Commonwealth of Pennsylvania, before you get any bright ideas about secretly recording your boss, you’d better think twice.

Damn Daniel! (Sorry, had to slip that in there before the 15 minutes were up. And, no, I don’t get it either).

Even though no one really uses those microcassette recorders anymore, that doesn’t make these wiretap statutes obsolete. Indeed, last Friday, the Pennsylvania Superior Court held here, that using an app on a smartphone, rather than a concealed tape recorder, to surreptitiously record a conversation, is also a violation of Pennsylvania’s wiretap statute. And it just so happens that the recorded conversation involved the defendant and his former boss.

So, let’s not crown the National Labor Relations Board’s credo that workplace recordings promote protected concerted activity just yet. Over time, that may not hold up, especially if the GOP regains the White House and the complexion of the Board subsequently changes. But, in the meantime, even if the current Board requires employers to relax workplace recording bans, remind your workforce that secret recordings could carry criminal penalties.