Fueled by the remaining adrenaline from the Bruins 4-0 beating of the Canucks — 2 more wins… just 2 more — I am banging out this blog post just before the clock strikes 12. I have news of a new Twitter firing involving a “social media specialist” and an update on an NLRB action from May condoning the firing of a newspaper reporter for abusing Twitter.

All this, after the jump.

Back in May, the NLRB determined that the Arizona Star, which had fired a crime beat reporter who made some inappropriate tweets, had not violated the National Labor Relations Act because, among other things, the employee had not engaged in protected concerted activity. Details here.

On June 6, the NLRB advised the aggrieved reporter that it would not issue a complaint against the Daily Star. First, it reiterated that the discharge was proper. Second, the employee’s request for a Complaint was not timely.

Employment lawyer Molly DiBianca, over at the Delaware Employment Law Blog, writes about a social media specialist — oh, aren’t we all? — who was handed her walking papers after tweeting out the message below over her company’s official Twitter account: 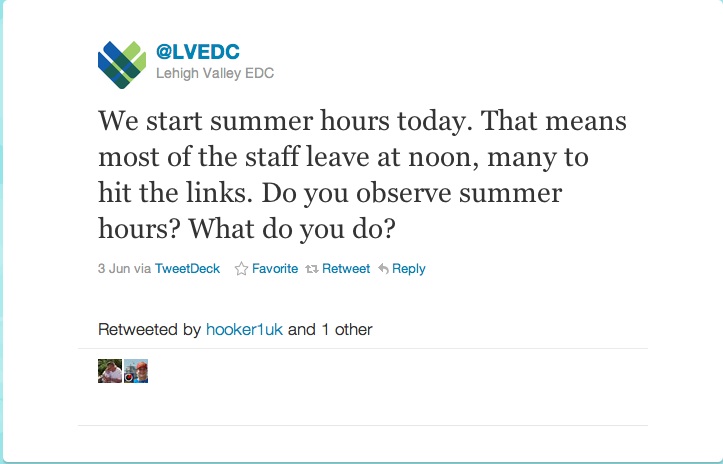 Well, at least the “specialist” didn’t drop the F-bomb. Still, her message was retweeted twice. So, even if the company had deleted it, which it didn’t, it is now immortalized on the interwebs.

Molly warns that because Twitter can be such a quick and casual form of communication — not to mention viral — it is important to think twice before you hit send.