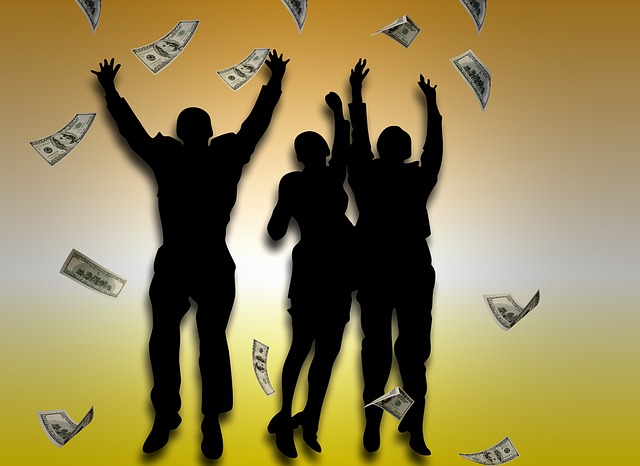 Image by kalhh from Pixabay

“Pardon me. But would you happen to have any Grey Poupon?”

That’s the conversation I imagine having with most of you based on the results of yesterday’s poll where I asked readers what your company has done to prepare for the new U.S. Department of Labor overtime rules.

Except for the Millenials and Gen Z readers, who probably assume that ‘Grey Poupon’ is a new Snapchat filter. I’ll wait patiently while you Google.

Anyway, here are the results: 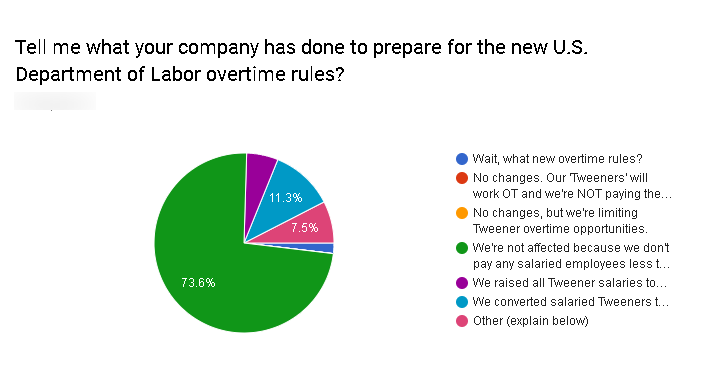 No big surprises here. Most private-sector for-profits that pay salaries are already at or above $684 per week (equivalent to $35,568 per year for a full-year worker). Although, I suspect that there would be a lot less green on this pie chart if we took the poll in 2016 just before the new overtime rules were supposed to have taken effect initially. The 2016 adjusted salary level would have been $913 per week (or $47,476 per year).

What else stood out?

Based on the comments, relatively few of you have conducted self-audits to determine whether the employees whom you currently treat as exempt under the Fair Labor Standards Act are entitled to minimum wage and overtime. That’s not shocking either. In my line of work, I find that many clients purchase their flood insurance after the flood. Call it risk aggression, malaise, or penny wise and pound foolish.

The honesty was quite refreshing. I asked, “When was the last time that your company audited its pay practices? What did it do?” One reader noted, “Never. We have some ‘exempts’ I know shouldn’t be, but the owners are convinced it’s OK.” Another reader commented, “Probably never, my company has no pay grade and instead only gives raises when you threaten to leave.”

Don’t worry; it’s not like I’m tracking IP addresses and sending them to the U.S. Department of Labor in exchange for cases of red velvet whoopie pies or anything.

No, rather than dime anyone out to the feds, I’m going to suggest something more helpful and relatively less expensive. If it’s been a while since you’ve audited your pay practices to ensure compliance with state and federal wage-and-hour law, find an employment lawyer. A lawyer can help you review your employee classifications (exempt v. non-exempt and employee v. independent contractor), double-check your pay practices to ensure that you are paying employees properly, and evaluate your timekeeping records and policies.