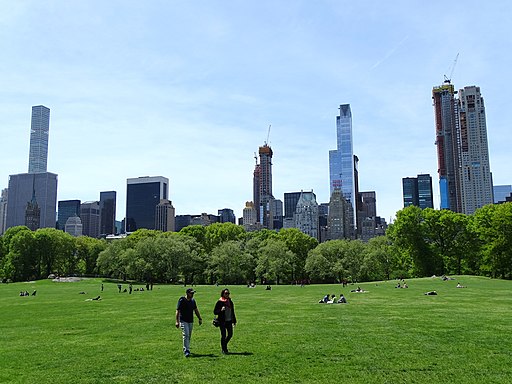 Yesterday, one of my favorite HR people in the entire galaxy tweeted a link to this article from the AP.
The AP reports that “the white woman who was widely condemned and fired after a videotaped dispute with a Black birdwatcher in Central Park filed a lawsuit against her former employer, accusing the company of not doing an investigation before her termination because of her race and gender.” Here is a copy of the lawsuit that the former employee filed in federal court.

Along with a link to the AP article, my friend tweeted, “would love to see some of my favorite employment lawyers weigh in on this one…. @jonhyman [Jon Hyman], @Eric_B_Meyer [this handsome devil], @Jonathan_HR_Law [Jonathan Segal], @k8bisch [Kate Bischoff] …. #Amy #HrCommunity.”

I’ll save my comments for the end. But, first, let’s see how the others weighed in:

We may have a trend…

Hey, who invited the FMLA nerd? (Just kidding, Jeff). Still, that must be my cue…

Focusing specifically on the discrimination claims, the woman does not appear to state any upon which a court may provide relief. First, she subjectively criticizes the quality of her former employer’s investigation into the events in Central Park, which is probably a losing argument. Indeed, she admits that her former employer did watch the video and interview her.

The second fundamental problem is something I addressed on the blog here a week or so ago. A plaintiff must allege facts sufficient to support an inference of discrimination — that is, that the defendant would have behaved differently toward an employee of a different race or gender.

In her complaint, the woman purports to compare herself to a man (she does not identify his race) who was a member of the company’s board of directors. She claims that her employer knew that this man was also a convicted felon who served previously  two months in prison.

Let’s assume that this is true…so what? The plaintiff’s wonky comparison does indicate that her employer treats comparable men or African Americans differently. It’s not apples-to-apples:

Here, it seems the employer discharged the woman for legitimate business reasons having nothing to do with her race or gender. And “Karen’s” rebuttal is nothing more than her say-so that her race and gender motivated the employer.

For the foregoing reasons, concurring with my esteemed colleagues, it is on this 28th day of May, 2021, hereby ORDERED that the claims of discrimination in plaintiff’s complaint are hecka-baseless.