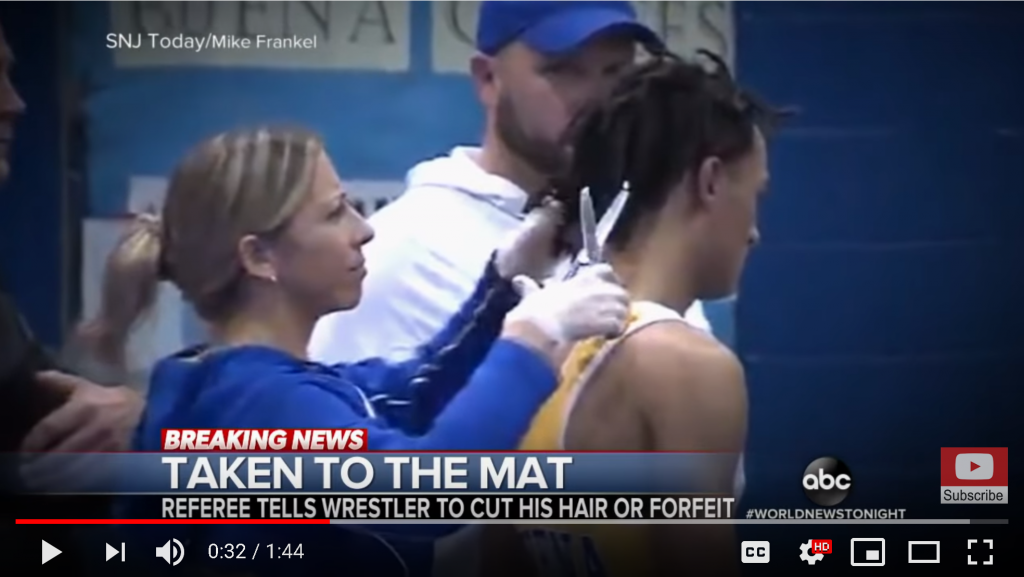 Just before Christmas last year, a referee in a high school wrestling match in New Jersey told an African-American wrestler that he must cut his dreadlocks or forfeit the match. This made national news.

But that’s not all.

The DCR issued a new “Guidance on Race Discrimination Based on Hairstyle,” the purpose of which is “to explain when treating people differently due to their hairstyle may violate the state’s anti-discrimination laws and to help prevent such discrimination in the future.”

Among other things, the guidance concludes that employers discriminate based on race when they enforce grooming or appearance policies that prohibit hairstyles that are “inextricably intertwined with or closely associated with race,” including, but not limited to, twists, braids, cornrows, Afros, locs, Bantu knots, and fades.

New Jersey is at the forefront of this issue, but not the first. Both New York and California have already passed laws protecting employees from discrimination based on certain hairstyles. Cincinnati has proposed legislation to become the first city to do so too.

While the NJ guidance does not carry the force of law in New Jersey, courts may find it persuasive. Plus, it seems like it’s only a matter of time before the State amends the Law Against Discrimination to make it binding.

So, revise your grooming policies and train your managers to ensure that you’re not placing a crosshair on your business.