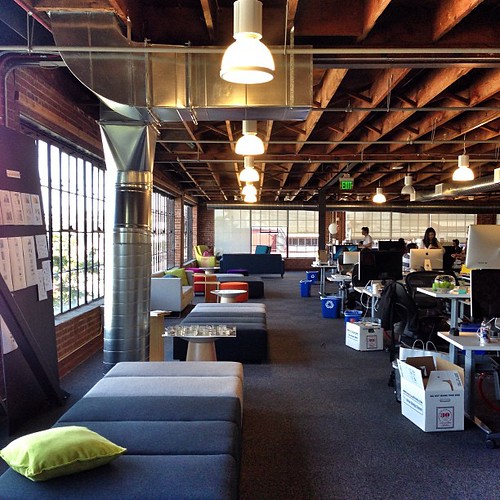 Last night, the U.S. Department of Labor published its final rule updating the Fair Labor Standards Act overtime regulations. Unless you’ve been living under a rock, if you dabble in human resources, you’ve heard a thing or two about these changes, which the White House has touted as automatically extending overtime pay protections to over 4 million workers within the first year.

What are the changes and how will they impact your workplace?

Glad you asked. Here’s a breakdown:

1. Eric, I just crawled out from under a rock, would you bring me up to speed? Sure. Back in 2014, President Obama told the DOL to update the rules governing payment of overtime. Why? Because, Congress must approve changes to the minimum wage, and that wasn’t happening anytime soon. So, the President decided that changing the overtime rules would have the next best impact on increasing earnings for the largest number of American workers.

2. How did businesses react? The DOL received over 270,000 comments in response to its proposed changes.

3. In a nutshell, what were the overtime rules? The FLSA requires that covered employers pay minimum wage ($7.25) and overtime (time and a half on more than 40 hours worked in a workweek) to employees, unless they are exempt from these requirements. The exemptions are few, and narrowly construed. Most of them require, among other things, that an employee be paid a certain amount in salary.

4. What was the salary-level for the overtime exemption? For Executive, Administrative and Professional workers to be exempt, they needed to be paid a salary of $23,660 annually (or $455/week).

6. How was the new salary level determined?  The 40th percentile of earnings of full-time salaried workers in the lowest-wage Census Region, currently the South.

7. Can we include bonuses towards the $913/week? Some. Employers may use nondiscretionary bonuses and incentive payments (including commissions) to satisfy up to 10 percent of the new standard salary level.

8. Will the salary level eventually change?  It will update automatically every three years.

9. I heard rumors that the duties test would change too, has it?  No. “Primary duty” will continue to mean the principal, main, major or most important duty that the employee performs. Determination of an employee’s primary duty must be based on all the facts in a particular case, with the major emphasis on the character of the employee’s job as a whole.

10. Are there any other significant changes? Yes. The total annual compensation requirement for highly compensated employees (HCE) subject to a minimal duties test will jump from $100,000 to $134,004.

11. How does the final rule compare to the proposes changes? The DOL has a table explaining that here.

12. When will these changes take effect? You have until December 1, 2016 to prepare.

13. Is there anything that can be done to stop this? There are measures pending in the House and Senate. It’s also possible that Congress may symbolically delay the rule by 60 days. But, one way or another, this boulder is rolling downhill.

14. Where can I find out more about these new overtime rules?

16. I hate reading. How about a webinar? God, you’re lazy. Yes, there are free DOL-run webinars.

17. What else can I do to get ready for these changes? Don’t wait until the last minute. Start now. For example, I’ve been helping several proactive clients not only prepare for these changes, but also make sure that employees are currently classified properly (exempt versus non-exempt; employee versus independent contractor; etc.). If ever there was a time to involve an employment lawyer in your HR and business planning, this is the one.  Violations of the FLSA carry stiff penalties and often result in class/collective action litigation.

Don’t be shy. I’m happy to discuss these sweeping changes with you.