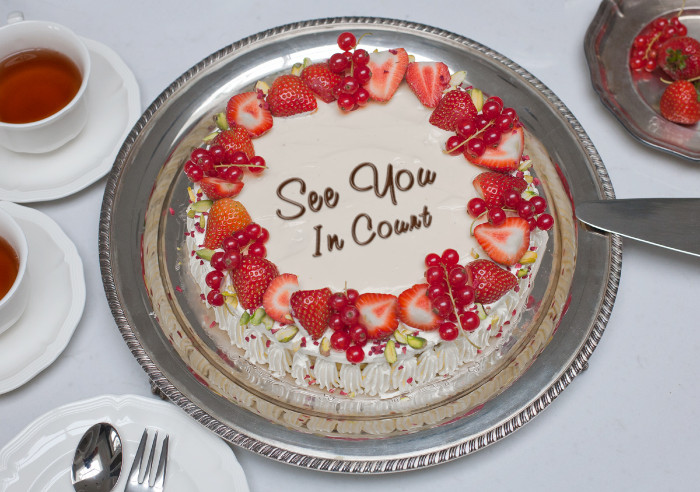 Well, this just got interesting.

Check out what Pennsylvania Attorney General Joshua Shapiro tweeted the other day: 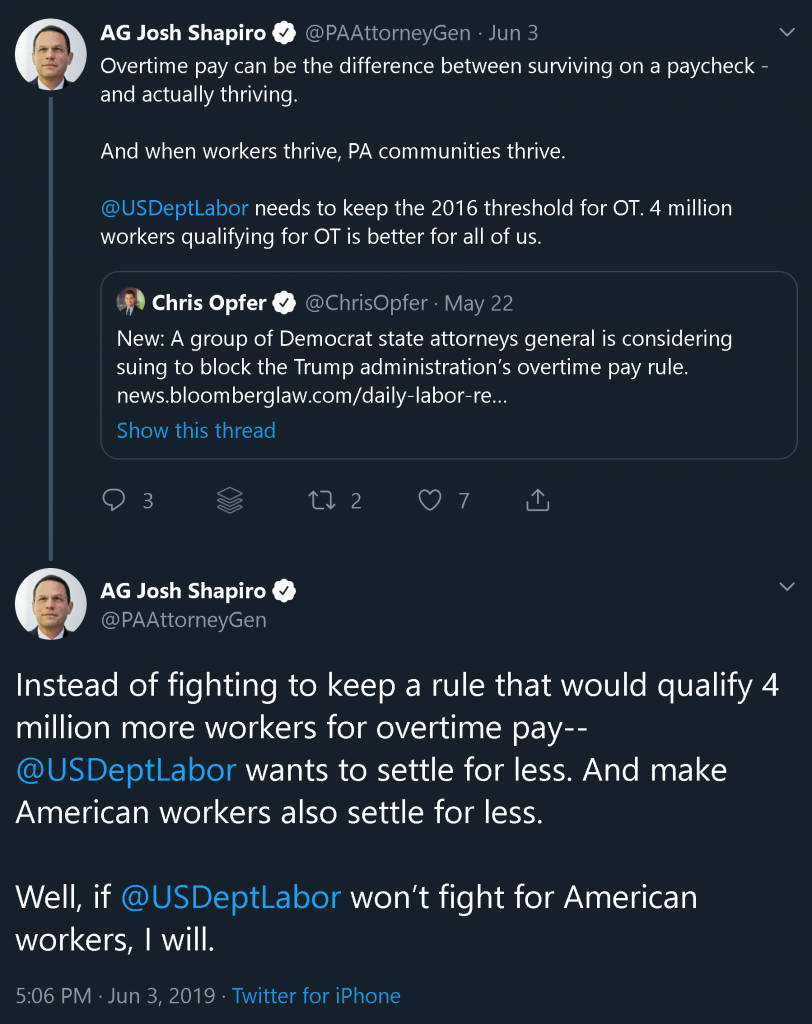 In March, the DOL indicated that it would raise the salary threshold to determine who would be eligible to collect overtime for working more than 40 hours in a workweek. Right now, anyone who earns less than $455 per week ($23,660 per year) in salary is overtime eligible. The DOL plans to raise that to $679 per week (equivalent to $35,308 per year).

Many agree that increasing the salary level is overdue. But, no, not everyone ❤’s the U.S. Department of Labor’s proposed overtime rule changes.

Shoutout to Chris Opfer and Bloomberg Law Daily Labor Report. Late last month, Chris reported here that “top attorneys in 15 states are considering going to court to challenge a Trump administration move to expand overtime pay requirements that they say doesn’t go far enough.” In a 28-page letter, these lawyers called upon the DOL to reconsider its 2019 proposed rule and modify it to make it look a lot more like the 2016 DOL proposed changes to the FLSA. That’s the proposed rule that a federal judge in Texas enjoined after a bunch of different states and business groups sued to block it.

Does your head hurt? Mine hurts.

So, what should you be doing now other than possibly meditating and taking a Tylenol?