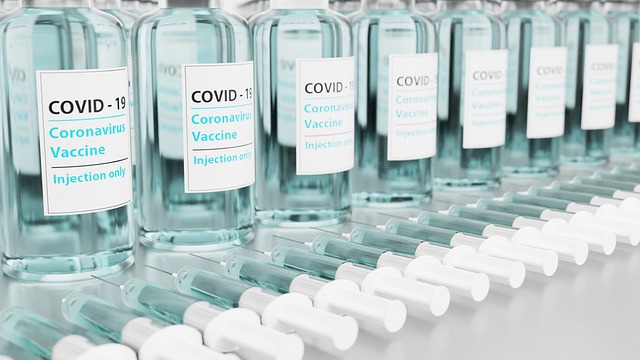 Image by torstensimon from Pixabay

Surely, CMS has a strong interest in having safe healthcare facilities? So, why then did a federal judge forbid enforcement of the CMS Rule in all 50 states?

In short, the court concluded that the plaintiffs, the States of Louisiana, Montana, Arizona, Alabama, Georgia, Idaho, Indiana, Mississippi, Oklahoma, South Carolina, Utah, West Virginia, Kentucky, and Ohio, were likely to prevail on their claims that the CMS violated the law in five ways:

It’s a bit more boring than that. And, by a bit, I mean a lot. Again, not that I would know.

Federal law requires CMS (and other government agencies) to notify the public of a new rule, like the CMS Mandate, and provide time to comment on it, thirty days or so. That never happened here.

Now, there is an exception to the notice-and-comment procedure for “good cause.” But “good cause” is narrow — pencil-thin. But, here, it took CMS almost two months to prepare the interim final rule at issue. It took CMS longer to prepare the interim final rule without notice than it would have taken to comply with the notice and comment requirement. So, it failed to convince the court that it had good cause to skip the notice-and-comment period.

You will respect my ah-thor-i-tah!

Actually, only Congress, the **checks notes from law school** legislative branch of the government, can make laws. There are some exceptions, and CMS pointed to a few “general authorization” laws to establish the CMS Rule. But, here’s what the judge had to say about that:

None of these statutes give the Government Defendants the “superpowers” they claim. Not only do the statutes not specify such superpowers, but principles of separation of powers weigh heavily against such powerful authority being transferred to a government agency by general authority…There is no question that mandating a vaccine to 10.3 million healthcare workers is something that should be done by Congress, not a government agency. It’s not even  clear that an Act of Congress mandating a vaccine would be constitutional.

If I had superpowers, I think I’d be Magneto from the X-Men rather than draft the CMS Mandate. But that’s another post for another time too.

Basically, the government threw in the towel on this point by conceding that it enacted the CMS Rule without complying with a law that requires CMS to consult with certain state agencies first.

That, and CMS overreached by crafting a rule that impacts the selection and tenure of healthcare workers.

I don’t need to spend much time here. It seems like courts deem any COVID-19 mandate from the government these days to be arbitrary and capricious. In this case, the court criticized CMS for failing to “engage in reasoned decision making” and ignoring “the Social Security Act’s focus on patient wellbeing and instead focus[ing] on the health of healthcare providers.”

“Requiring COVID-19 vaccinations to healthcare workers covered by the mandate would hurt the patients the Social Security Act was meant to help,” reasoned the judge.

Plus, “the Government Defendants failed to consider or arbitrarily rejected obvious alternatives to the CMS [Rule]. These alternatives include daily or weekly COVID-19 testing, wearing masks or shields, natural immunity and/or social distancing.”

Finally, the government failed to explain how it went from not mandating vaccinations for a long time to requiring them suddenly.

The court concluded that the CMS Rule violates state police power by preempting state and local law on an issue (vaccinations) that falls squarely with the domain of the states. The CMS mandate regulates some state-run healthcare facilities, which is another no-no. Plus, CMS does not have “unfiltered power” to impact the American economy as it has through the CMS Rule or compel states to act under federal policies.

Why did the judge block the CMS Rule in all 50 states?

The court reason that a higher court will eventually decide this case finally. But, until then, “it is important to preserve the status quo in this case. The liberty interests of the unvaccinated require[] nothing less.” And a nationwide injunction would provide uniformity.