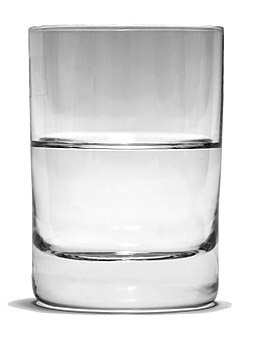 What do we have here? Is that glass half-full or half-empty?

If you’re the Centers of Medicare and Medicaid Services (CMS), perhaps you view the glass as half-full.

Because on November 20, a federal court in Florida denied the State of Florida’s attempt to enjoin the interim final CMS rule mandating COVID-19 vaccinations for all covered healthcare staff. You can view a copy of the court’s opinion here. And, in case you need to refresh your recollection about the CMS mandate, you can do that here and here.

What was the key to victory? Well, the State of Florida was unable to show that the CMS mandate would create irreparable harm (as opposed to mere monetary damages, which does not satisfy the need for an injunction). Here’s why:

The affidavits in support of the motion include assertions of how the various agencies and institutions anticipate they may be adversely impacted by the mandate. In particular, the affidavits express opinions of agency heads who “estimate” that they “may” lose a certain percentage or a number of employees, or speculate as to the consequences they will suffer “ if widespread resignations were to occur.” However, such opinions, absent supporting factual evidence, remain speculative and may be disregarded as conclusory.

Plus, the State of Florida asserted claims under the federal Administrative Procedure Act and such violations, if found, can be remedied and restored with money.

After yesterday, however, CMS may view that same water glass as half-empty. That’s because a Missouri federal court granted an injunction.

Why the different result?

First, on the issue of irreparable harm, the court concluded that the CMS vaccine mandate would deprive the plaintiffs (ten states)  of the ability to enforce their duly enacted laws surrounding vaccination mandates and providing proof of vaccination. The injury that results when a state cannot enforce its own laws is irreparable.

Plus, unlike in the Florida case, the plaintiff could show that the mandate would cause significant unemployment at healthcare facilities, which in turn would compromise patient safety and place more stress on remaining staff. Indeed, some facilities may have to shut down altogether.

The ten states also convinced the court that they would likely succeed on the merits of their lawsuit for a few reasons:

The next step here is for the defendants to appeal to the Eighth Circuit Court of Appeals. Meanwhile, the State of Florida has already appealed to the Eleventh Circuit.