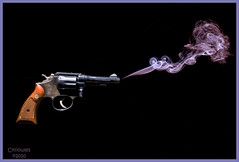 Documentation is good; smoking-gun emails from the HR Manager not so much.

After the jump, I’ve got a few doozies which now have a financial institution going to trial on a former employee’s age-discrimination and Family and Medical Leave Act claims.

In Phillips v. StellarOne Bank (opinion here), the performance of a once solid-performing employee appeared to go south, and ultimately culminated in his termination. That employee, Phillips, claimed that StellarOne terminated him not for poor job performance, but because of his age and his decision to take FMLA leave. And two emails from the HR Manager sealed the deal.

There is a lot of substance here and I am fine with you proceeding. There is a lot of room for him to “trip up” after this warning considering all the areas where he is below expectation and the magnitude of improvements needed…

Not the worst email I’ve ever read from an HR Manager. One could read this as constructive guidance to a supervisor to more carefully craft a performance improvement plan. On the other hand….

Here is a snippet from HR Manager Email #2:

[Supervisor] was to have provided the performance review to HR so that we can scrub it to ensure it is appropriate since this will be highly sensitive and this document could end up being used in a file defending our actions. He has not yet provided it to us and we need some lead-time before March 25. Please let me know if you and [Supervisor] need more time or have any questions on this.

Taken together, the court had little trouble concluding that the emails gave Phillips some triable claims:

These e-mails, standing alone, are sufficient to raise a triable question of fact regarding the legitimacy of StellarOne’s expectations and, by extension, Phillips’ prima facie case. The very same evidence calls into question StellarOne’s nondiscriminatory explanation for Phillips’ termination. The fact-finder is free to use the evidence as a basis for rejecting StellarOne’s proffered explanation, and may then couple that rejection with the elements of the prima facie case to infer the ultimate fact of age discrimination.

Many companies and, by extension, their HR Managers, are concerned that when poor performers are fired, they may just turn around and sue. Good documentation can afford the employer a solid defense. But, by all means, remember that some emails make better telephone conversations. And consider having an experienced employment attorney calling some of the shots.