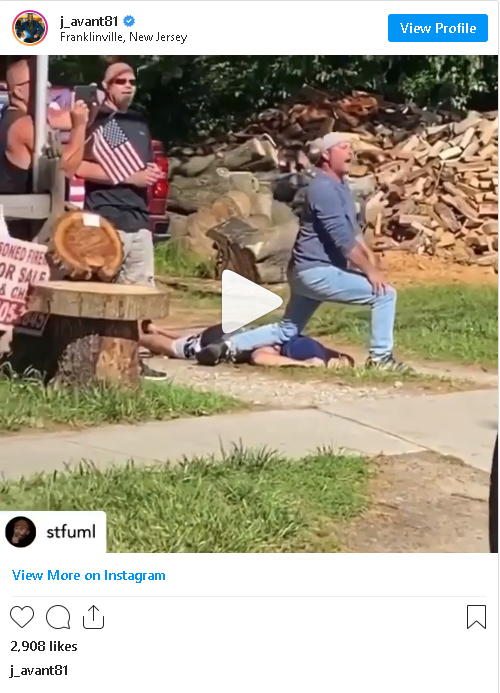 NBC10 Philadelphia reports here that a corrections officer in  New Jersey mocked George Floyd’s death as protesters marched past. Jason Avant, a former wide receiver for the Philadelphia Eagles, shared a video of it on Instagram (NSFW).

Although there is political propaganda in the video, I do not intend for this post to address partisan politics. Rather, I’m piggybacking this post onto some of the recent social media posts that have appeared on this blog.

On Friday, I discussed 13 situations in which employees lost their jobs for offensive social media posts. Yesterday, I blogged about a professional soccer team that agreed to release a player for alleged racist posts that his wife made on social media. Now, NBC Philadelphia reports that the person shown on Instagram imitating the police officer who is accused of murdering George Floyd has been suspended and banned while the NJ Department of Corrections investigates.

So, how would you respond if you learned about an employee engaged in similar behavior outside of work?

Here’s some advice that I offered a few years ago addressing a similar situation when at least one white supremacist marching in Charlottesville reportedly lost his job after being outed on social media.

It’s a triage situation because you’re often caught flat-footed, finding out about it from external sources (possibly from the media).

However, there are effective ways to address these situations. Consider the following approach: