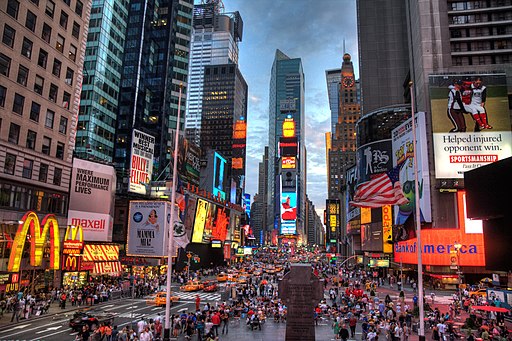 A few months ago, I wrote here about a Families First Cornavirus Response Act lawsuit.

But, not just any old FFCRA lawsuit.

Rather, the State of New York sued the U.S. Department of Labor in federal court to challenge the DOL’s interpretation of the FFCRAbecause it “unlawfully narrows workers’ eligibility for emergency family leave and paid sick leave guaranteed by the [FFCRA].”

You can find a copy of the complaint here.

Specifically, the New York Attorney General had beef with four aspects of the DOL’s Final Rule issued on April 1, 2020:

Yesterday, the State of New York hit a grand slam when a federal judge ruled that the DOL had overstepped in each of these four areas.

And, now, I’m going to break it down for you in plain English.

In its Final Rule, the DOL says that employees cannot get FFCRA paid sick leave benefits if their employers have do not have work for them. The State of New York argued that the DOL’s position was not consistent with the actual language if the FFCRA. And the federal court agreed with New York and struck it.

Practical impact: An employee can collect FFCRA leave for a qualifying reason while on furlough status.

The FFCRA permits an employer to exclude a “health care provider” from getting FFCRA benefits. In its Final Rule, the DOL has a hecka-broad definition of “health care provider.” For example, the FFCRA would not cover an English professor, librarian, or cafeteria manager employed at a university with a medical school. The State of New York argued that the DOL’s position was too broad and exceeded its authority under the FFCRA. Once again, the federal court agreed with New York.

In its Final Rule, the DOL requires employees to submit specific documentation to their employer to support the need for leave before the leave begins. New York argued that this requirement is inconsistent with the FFCRA. Once again, the court sided with New York.

Practical impact: Employees don’t need to provide documentation as a precondition to taking FFCRA leave. However, after providing verbal notice, the paperwork can follow.

Hold up, Eric! My business doesn’t operate in New York. Does this decision impact us?

For now, this decision impacts only businesses in the Southern District of New York. If the DOL doesn’t appeal, we’ll have one set of FFCRA rules for the counties of New York, Bronx, Westchester, Rockland, Putnam, Orange, Dutchess, and Sullivan, and another set for everyone else. That doesn’t make much sense.

So, another option is for the DOL to appeal this decision to the Second Circuit Court of Appeals. Now, we’re talking about the states of New York, Connecticut, and Vermont. If the Second Circuit sides with the DOL, then we’re back to the status quo. Otherwise, the divide deepens.

The third option is that the DOL revises its rules for everyone consistent with the SDNY decision to keep everything uniform across the country.