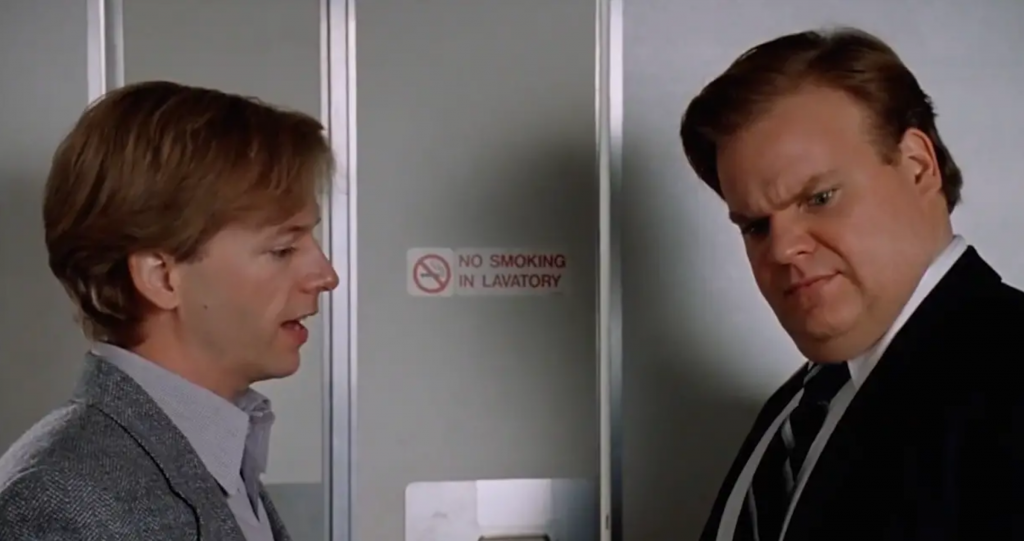 Last week, I wavered about whether to include a line from Tommy Boy in a brief that I was drafting:

“I tell ya what. If you don’t know how to fasten your seatbelt, just raise your hand and I’ll have Tommy Boy here come back there and hit you in the head with a tack hammer.”

Ultimately, I decided that it was bad form. One could reasonably construe my use of that quote as antagonizing and bit snarky. Moi?!?

So, I’m using it for this blog post instead.

No, you can’t fire someone who failed to disclose her pregnancy in the job interview.

I’m fairly certain that I blogged about something like this before, but a story like this bears repeating.

Yesterday, I was over at the EEOC Newsroom looking for blog fodder, when I saw this doozie. It’s an EEOC press release announcing an $80K settlement with a company that allegedly rejected an applicant after it learned that she was pregnant. Here’s more from the release:

According to the EEOC’s investigation, [a woman] applied online for a scribe position, got an offer, and completed all pre-hiring screens. But when she told [the company] she was ex­pecting a baby several months later, the company’s CEO called her and rescinded the offer. The CEO told [her] that she should have notified the company about her pregnancy because it would not have hired her had it known. She tried pleading for her job to no avail, the EEOC said.

Rejecting a qualified applicant because of pregnancy is a form of sex discrimination that violates Title VII of the Civil Rights Act of 1964.

In most states and cities, these shenanigans violate state and local law too.

But, by all means, if you still operate in the jurisdiction known as the ‘1950s’ and your turn-ons include defending EEOC Charges of Discrimination and writing big settlement checks, don’t me stop you.

Then again, you’re probably not reading this blog anyway.