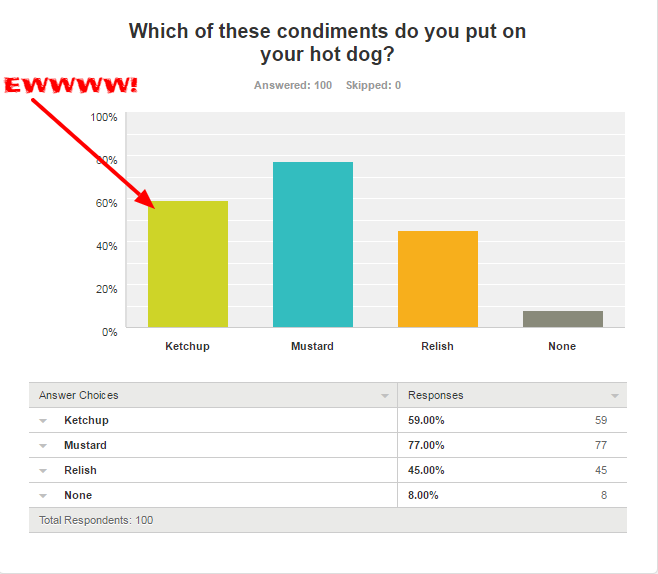 The Beatles lyric is also the opening line from a recent state court opinion about hiring (or not hiring as the case may be) someone who uses medical marijuana. More on that in a bit.

But first, the title of this post may serve a dual purpose. That is, maybe it can explain the results of last Friday’s condiment poll. Fifty-nine percent of you are disgusting; that is, nearly six in ten of you will eat a hot dog with ketchup. And, sixteen percent of you don’t even try to mask the ketchup on your hotdog with another condiment. That’s right: hot dog, bun, ketchup. Yuck!

In 39 states and the District of Columbia, medical marijuana is now legal. In some states, like here in Pennsylvania, it is unlawful for an employer to discriminate against someone because that individual has a medicinal marijuana card.

Last week, a court interpreting Rhode Island law reached the same conclusion. And, then some.

The facts in Callaghan v. Darlington Fabrics Corp. (opinion here) are rather straightforward.

Acknowledging that nothing in the law requires an employer to accommodate the medical use of marijuana in any workplace, on the facts of this case, the court still concluded that the defendant had violated Rhode Island’s medical marijuana law. That is, the same law prohibits employers from refusing to employ “a person solely for his or her status as a cardholder.”

Indeed, the defendant argued that the refusal to hire the plaintiff had nothing to do with her status as a cardholder, but because of her inability to “pass a mandatory pre-employment drug screen.” That seems reasonable to me. Employers should be able to maintain a drug-free workplace.

Yet, the Rhode Island court concluded that the state law offered employees using medical marijuana other protection too. That is, not only can’t an employer discriminate against a person solely for his or her status as a cardholder, but the employer cannot refuse to employ someone for the medical use of marijuana.

Except, the court also noted that the employer has no duty to accommodate an employee’s use of medical marijuana (e.g., restructuring jobs, modifying work schedules, etc.). Further, the medical marijuana law makes it unlawful for any person to undertake any task under the influence of marijuana when doing so would constitute negligence or professional malpractice. Moreover, the court implied that if the company had a drug-testing policy that automatically disqualified individuals who test positive for marijuana — the one here did not contain this penalty — then the outcome of this case may have been different.

Unfortunately, it’s all about as clear as mud.

So, how can employers make heads or tails of state medical marijuana laws?