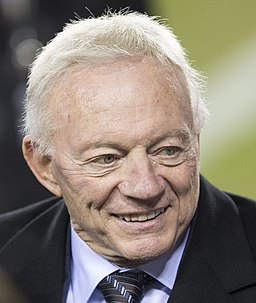 Humility is not my middle name. Actually, it’s “Hercules.”

(It’s not Hercules). But, it’s not “Humility” either and I rarely turn down the opportunity to say, “I told you so.” So, remember when I told you a few weeks ago how NFL owners would have a tough time legally firing players who took a knee during the national anthem?

According to Local 100’s labor charge (you can view a copy of it here), the alleged unfair labor practice occurred when by Mr. Jones making “repeated public statements…attempting to threaten, coerce, and intimidate all Dallas Cowboys players on the roster in order to prevent them from exercising concerted activity protected under [the National Labor Relations Act] by saying he will fire any players involved in such concerted activity.”

And you start to get the picture.

Thus, when a boss — here, Jerry Jones — allegedly tries to chill his employees from joining together to improve working conditions (more on this in a sec) with threats of discipline, then you have the makings of an unfair labor practice.

(Incidentally, Mr. Jones never said that he would fire anyone. Rather, he threatened to bench players. Either way, the threat of adverse action could constitute an unfair labor practice.)

How does the Act protect these player protests?

Now, I know what some of you are thinking, “What do player protests about societal issues like racism and police brutality have to do with their employer; namely, the National Football League?”

Indeed, that will be the key issue here. Because, if what the players are protesting essentially transcends the NFL, then the Act affords no protection for these players. In other words, Mr. Jones can bench or fire them.

However, if I’m the labor union, I’m arguing that this was a protest over not just society’s views on race relations, but also how those views are reflected through the NFL’s prism. That is, it’s impossible to separate the two and the players were seeking to improve matters having to do with race within the NFL — following in the footsteps of co-worker Colin Kaepernick — and have that be a lightning rod for broader change.

Will the union prevail? If they don’t, my theory will be proven wrong and the Dallas Cowboys end up with something rare this season: a win.