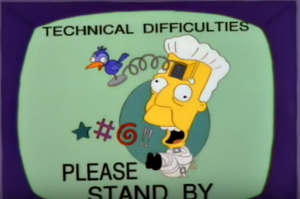 And you may end up paying the EEOC three million dollars.

According to the EEOC, male and female customer service employees were subjected to harassment, including a sexually hostile work environment, by managers and coworkers. The EEOC further alleged that the onsite human resources staff failed to properly address the harassment despite repeated complaints by employees, which the EEOC contends violates Title VII of the Civil Rights Act of 1964.

“Combatting systemic harassment is a top priority of the Commission. Employees have the right to file complaints against employers that fail to protect them from sexual harassment, without the fear of retaliation.”

Now, you may have heard of the “Equal Opportunity Harasser” defense.

It’s dicey, But, sometimes it works.

For example, in this case, the Seventh Circuit Court of Appeals dismissed the complaint of two employees, husband and wife, who alleged that the that their supervisor had sexually harassed each of them individually and on separate occasions, and because they had rejected his sexual solicitations the supervisor retaliated against each of them.

Except, the Court warned about what could happen if workplace training promoted equal-opportunity harassment:

It is hard to imagine that would-be harassers will know the intricacies of sexual harassment law and will manufacture additional harassments to attempt to avoid Title VII liability, particularly when doing so will increase their risk of being fired, sued under state law, and ostracized. Surely attorneys will not advise their employer-clients to instruct their employees to harass still more people — to commit, in most cases, state law torts — which could subject their clients to lawsuits and themselves to claims of malpractice and charges of professional misconduct. Moreover, if attorneys were actually to dispense such incredible advice, and their clients were to follow it, the clients would still be subject to Title VII liability.

And then there’s that part we’ve overlooked up until now that we’re talking about one harasser and multiple victims of opposite sexes.

When your workplace begins to resemble Bacchanalia, all bets are off.

Now, if you’ll excuse me, I need to finalize my Premier League fantasy team for opening weekend. Are you a fan of English football? Email me and let me know your side.