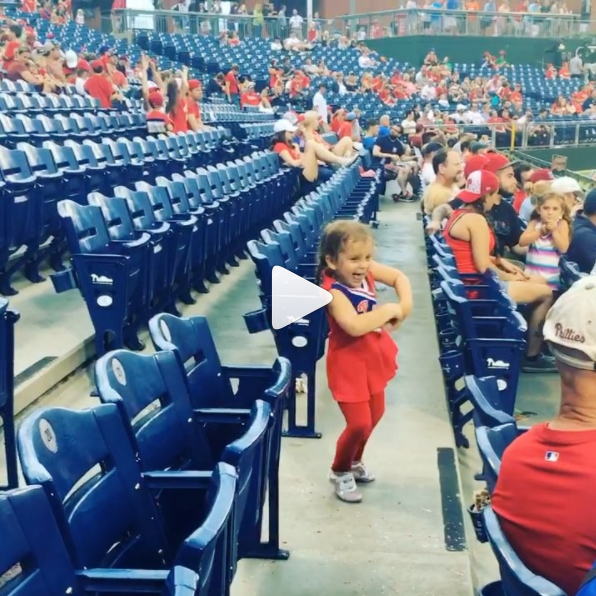 Consider this my attempt at “Serenity now” after chaperoning eight kids eight and younger at a Philadelphia Phillies game on Saturday. With a rain delay. And the tiny dancer featured above. Fortunately, we left the ballpark with all of the kids. I think.

Remind me, Eric. What’s this class-action waiver thing all about?

What’s the DOJ got to do with it?

Under the Obama Administration, the U.S. Department of Justice took the position that class-action waivers violated the National Labor Relations Act. But, on Friday, I read this article from Lawrence E. Dubé, Ben Penn, and Hassan A. Kanu in  Bloomberg’s Daily Labor Report, in which they report that the DOJ has changed its tune on class-action waivers. In this brief, the DOJ argues that “congressional policy favor[s] enforcement of arbitration agreements.”

With respect to Bloomberg’s trio of reporters, my sources tell me that the DOJ dramatically delivered its decision personally to the Board and another representative for the other NLRA-advocates. In front of a packed arena audience, hidden video captured the DOJ selecting one of two amicus briefs in a throwback to the tail-end of the halcyon days of professional wrestling.

This Supreme Court battle is sure to be a real slobberknocker!

P.S. – Sign me up for the DOJ’s wellness plan. Or, maybe I’ll just have one of these.