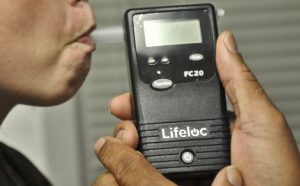 It’s an interesting theory. And by ‘interesting,’ I mean…

Anyway, before I get too snarky, I’ll share with you the facts of this opinion from a federal court in New York that I read recently.

The “On Call program” and more random tests.

Hold on, where did I put my violin. Oh, here it is.

Each of the plaintiffs sued, claiming disability discrimination in violation of the Americans with Disabilities Act; specifically that the employer treated the plaintiffs unfairly because they either had or were regarded as having an ADA-covered disability by often re-testing them for drugs and alcohol.

The court disagreed primarily because the plaintiffs never suffered an adverse employment action. That is, there’s nothing wrong with subjecting folks who fail drug and alcohol tests to additional re-tests, even if that means that they’ll be tested more frequently than those not identified as former substance abusers. It’s a “mere inconvenience.” Further, the plaintiffs’ embarrassment and public stigma of being re-tested don’t transform the decision to re-test into an adverse employment action either.

To add insult to injury, the court also determined that the plaintiffs’ remaining ADA claims were time-barred. If only someone had blogged about filing timely EEOC Charges recently. (Although, most of the plaintiffs will have the chance to re-plead those claims.)

What’s your takeaway from this case?

Some companies struggle with the mechanics of drug and alcohol testing. When? How often? How?

But, you don’t have to concern yourself with violating the Americans with Disabilities Act by entering into a “last chance agreement” or other condition of continued employment with someone who has already tested and failed. Instead, make sure that you have a drug and alcohol policy, document any violations,  and clearly communicate the terms of continued employment (if you decide not to fire that person) to anyone who violates the policy.

Image Credit: MARINE CORPS BASE QUANTICO, Va. (Jan.7) – Lance Cpl. Tabitha Bartley, combat correspondent, tests the new breathalyzers after the recent Marine Administrative Message 709/12 came out that explains the requirement of Corpswide random breathalyzer tests for sailors and Marines. If a service member has a positive test result of .04 percent or greater, they will be sent to medical for a “fit for duty” determination (U.S. Marine Corps photo by Lance Cpl. Antwaun L. Jefferson/Released)