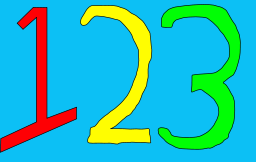 A few days ago, I blogged about How does one of your employees actually prove discrimination in court?

And I suppose that was a bit of a misnomer because there’s more to it. So, let’s talk about that today.

There’s nothing unique or incredibly compelling about the case. But it does frame the ‘burden-shifting framework’ courts employ to determine whether an employee has a tenable claim.

On Monday, we talked about the first step of that process; namely, the prima facie claim of discrimination. But, that’s just one of three steps.

Step two is after the plaintiff establishes that he or she is a member of a protected class, qualified for the position at issue, suffered an adverse employment action, and was mistreated as compared to another similarly-situated employee. At step two, the burden of proof shifts to the employer to show that it had a legitimate business reason for doing whatever act forms the basis of the discrimination claim. For example, in the Third Circuit case, the plaintiff claimed that the defendant failed to promote her because of her race. However, the defendant contended that the plaintiff performed poorly during both an initial interview and a month-long working interview.

So, that brings us to step three; namely, can the plaintiff demonstrate that the employer’s proffered reasons were merely a pretext for discrimination and not the real motivation for the unfavorable job action. There are many ways to show this. For example, there may be inconsistencies in the employer’s explanation. Or maybe the employer’s decisionmakers contradict each other.

But, in the recently-decided Third Circuit case, those idiosyncrasies did not exist. Because all that the plaintiff had to show that the defendant discriminated against her was her own ‘say-so’ that she performed well in the interviews and a few stray remarks from non-decisionmakers. Plus, the plaintiff even admitted that she made some mistakes during the interview process.

So, now that I’ve turned all of you into lawyers by educating you on this three-step process, forget all that and focus on the basics:

Way more often than not, you’ll avoid the lawsuit and not have to worry about any legal mumbo jumbo.

Leave that to the professionals!