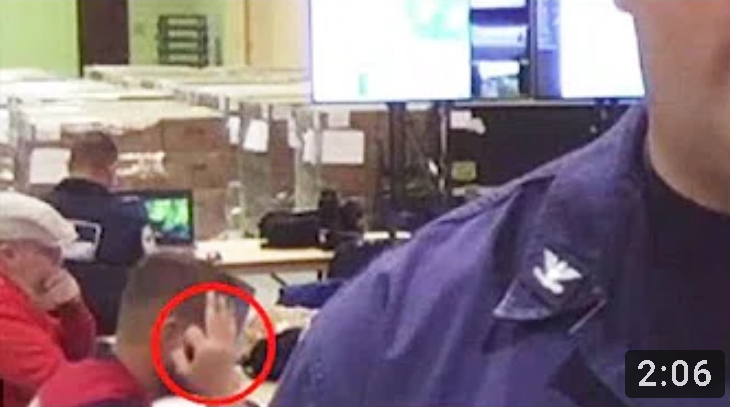 Last Friday afternoon, MSNBC aired a live report of the Coast Guard’s response efforts during Tropical Storm Florence. And, within minutes, Twitter exploded in a different kind of storm over a hand gesture.

Let’s fast forward a few days. From Friday afternoon and through the weekend, the media was all over this. Here are two of the headlines:

Each report focuses on the same hand gesture, but with differing takes.

It doesn’t matter because discrimination does not depend on the intent of the harasser.

Think back to Monday’s post about sexual harassment. On Monday, we discussed whether a harasser’s actions offended a sexual harassment victim and would have also offended a reasonable person standing in the victim’s shoes. That analysis was involved, but it had nothing to do with the intent of the harasser. Rather, the focus was squarely on the impact of the harasser’s actions.

But, did the Coast Guard overreact?

Now, I know what some of you must be thinking, “Eric, what if it was just an ‘okay’ sign? Removing the Coast Guard Member is harsh.”

I’m hip. It’s not like he burned a cross on live television. No one would defend that. Instead, he made a hand gesture that could just as easily (if not more so) be innocent as offensive.

Put your business in the Coast Guard’s shoes. Would you do nothing? Or would your company acknowledge the situation, issue a statement, and respond in a manner that is designed to end the complained-of harassment.

Here we are in the world of social media, where anything can be shared virally in a snap. That includes a hand gesture that many construe as offensive.

I know what I would do.