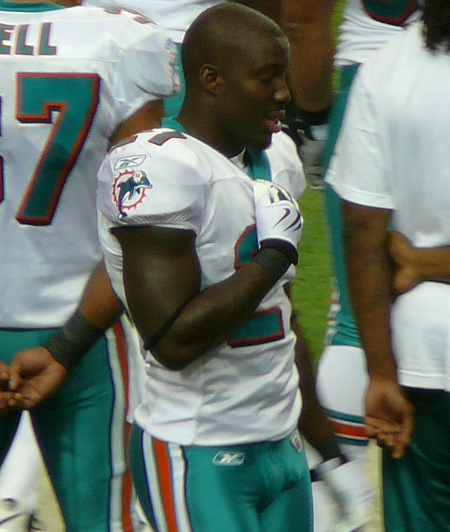 There are planned retirements.

There are unexpected retirements.

And, then — hold my drink — there’s Vontae Davis’s retirement.

“Never heard of it. Never seen it.”

Vontae Davis played ten seasons in the National Football League, most recently for the Buffalo Bills.

His last professional game was this past Sunday. There was no ceremony, no festivities, no nothing. That’s because, at halftime of Sunday’s game against the Los Angeles Chargers, Vontae Davis suddenly retired, cleaned out his locker, and left the stadium.

Buffalo Bills cornerback Vontae Davis abruptly retired at halftime of Sunday’s 31-20 loss to the Los Angeles Chargers, saying in a statement later that the reality had hit him: “I shouldn’t be out there anymore.”

Davis, a 10-year veteran, said he meant no disrespect to his teammates and coaches, but that physically he could no longer play at the standard he set for himself.

“[He] pulled himself out of the game,” Bills coach Sean McDermott said. “He communicated to us that he was done.”

To describe this as bizarre would be an understatement. It certainly caught his teammates flatfooted, among them Lorenzo Alexzander (per Mr. Rodak’s article):

“Never have seen it ever,” Alexander told reporters. “Pop Warner, high school, college, pros. Never heard of it. Never seen it. And it’s just completely disrespectful to his teammates. … He didn’t say nothing to nobody. … I found out going into the second half of the game. They said he’s not coming out, he retired. That’s it.”

After the game. Vontae Davis released a statement explaining his sudden actions.

How prepared are you for your own “Vontae Davis”?

Do you know what to do when an employee retires (or just resigns) without notice? If not, here are a few tips:

This isn’t an exhaustive checklist and I’m thinking that the Bills might have explored a Plan B. But, this will get you started. If you want another detailed termination checklist, try this one.

Do you have a story that tops Vontae Davis?

You know I want to hear it; that employee with whom you once worked that, one day, went out in a blaze of glory.

Join the discussion on LinkedIn or email me your best “Vontae Davis” story.