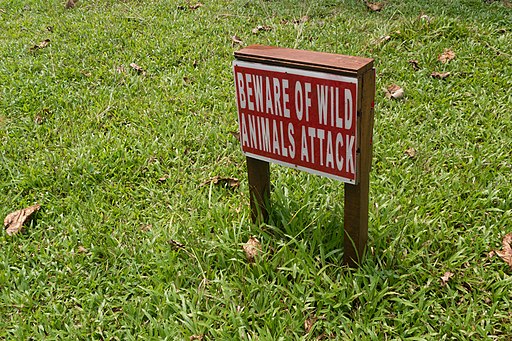 By Thomas Quine (Beware of wild animals attack) [CC BY 2.0 ], via Wikimedia Commons

Just ask a multinational corporation that a jury socked with a $250K verdict.

Lauren Zumbach of the Chicago Tribune reported here about the Illinois jury’s verdict back in December 2016, which includes a description of the facts of the case:

[A] former part-time employee who complained to the EEOC, worked as a front-end assistant, helping customers box purchases and returning items to shelves [for her employer], according to court records.

[The former employee] alleged [the defendant-employer] didn’t do enough to intervene after a customer, over the course of about a year, repeatedly asked her on dates, hugged and touched her without consent, filmed her at the store and continued harassing her after she reported the incidents to managers. She eventually sought a restraining order against the man, according to court records.

Although the jury declined to award punitive damages, it did award the woman $250,000 in compensatory damages.

You would’ve been offended too.

The appeal didn’t go much better for the employer.

Before I get into that, let me remind you what a hostile work environment is as a matter of law:

To establish a hostile work environment claim, a plaintiff must show that she was (1) subjected to unwelcome sexual conduct, advances, or requests; (2) because of her sex; (3) that were severe or pervasive enough to create a hostile work environment; (4) offensive to both the plaintiff and a reasonable person in the plaintiff’s shoes; and (5) that there is a basis for employer liability.

In this recent opinion, the Seventh Circuit Court of Appeals focused on the fourth prong of the test; specifically, whether the customer’s behavior would have offended a reasonable person standing in the employee’s shoes.

The employer described the customer’s behavior as “tepid.” And, the Seventh Circuit acknowledged that it had seen worse.

The only thing that matters is the conclusion of a reasonable jury. And here’s what the Seventh Circuit had to say about that:

A reasonable juror  could conclude that being hounded for over a year by a customer despite intervention by management, involvement of the police, and knowledge that he was scaring her would be pervasively intimidating or frightening to a person “of average steadfastness.”…Given the state court’s judgment that [the customer] engaged in a course of conduct that would “cause a reasonable person to fear for his or her safety … or suffer emotional distress,” it would be quite something for us to say that a jury acted unreasonably by reaching the same conclusion.

Back to that original question…

Did you know that a visitor to your workplace can create a hostile work environment for one or more of your employees?

So, once you learn that a visitor to your workplace may be creating a hostile work environment for one or more of your employees, you should respond very much as you would if the alleged harasser were a co-worker:

In other words, take steps that are reasonably designed to end the complained-of behavior.