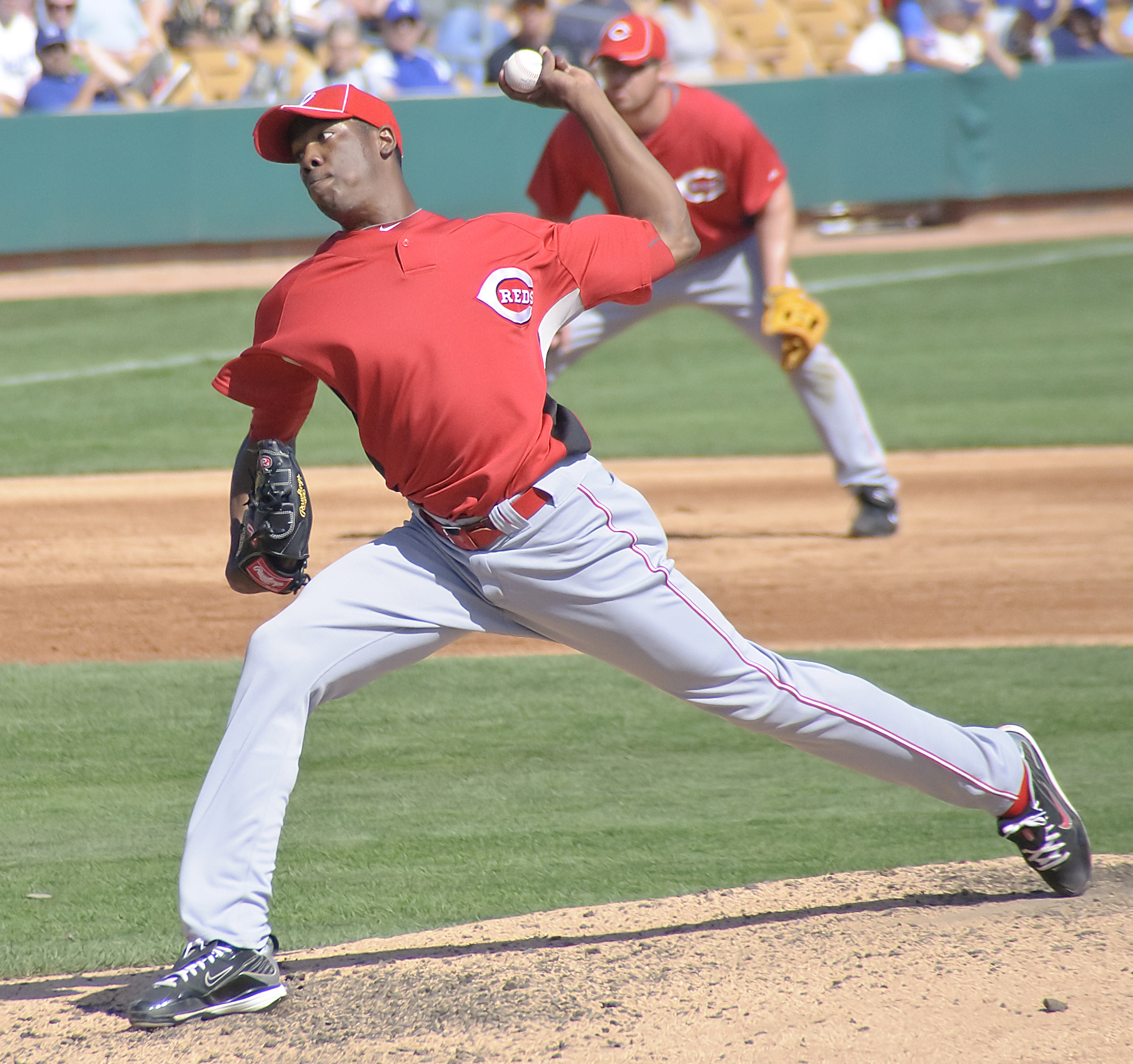 It is fairly common for Major League Baseball pitchers to have music played when they enter a ballgame. For example, the great Mariano Rivera famously entered games in the ninth inning to Metallica’s Enter Sandman. Aroldis Chapman (pictured above), can hurl a baseball 103 miles per hour with his left hand. He enters games to the sweet soothing Wake Up by Rage Against the Machine.

Except, something changed earlier this week.

Reporting at Mic.com, Tom McKay writes here about an unfortunate (to put it mildly) choice of music played while Mr. Chapman exited a recent game:

A DJ at Chicago’s Wrigley Field has been fired after he chose to play The Prodigy’s 1997 song “Smack My Bitch Up” as Cubs pitcher Aroldis Chapman walked off the mound during the ninth inning of a game against the St. Louis Cardinals.

According to Bleacher Report, the inappropriate choice of song was compounded by the fact Chapman has a history of domestic abuse.

Whether the DJ intentionally spun this track, the response from the Cubs (an apology and an immediate termination) was the right move.

And, even if the law where you conduct business doesn’t offer protections for domestic-violence victims, making light of domestic violence should carry the same discipline as would acts directed against someone because of a statutorily-protected class.