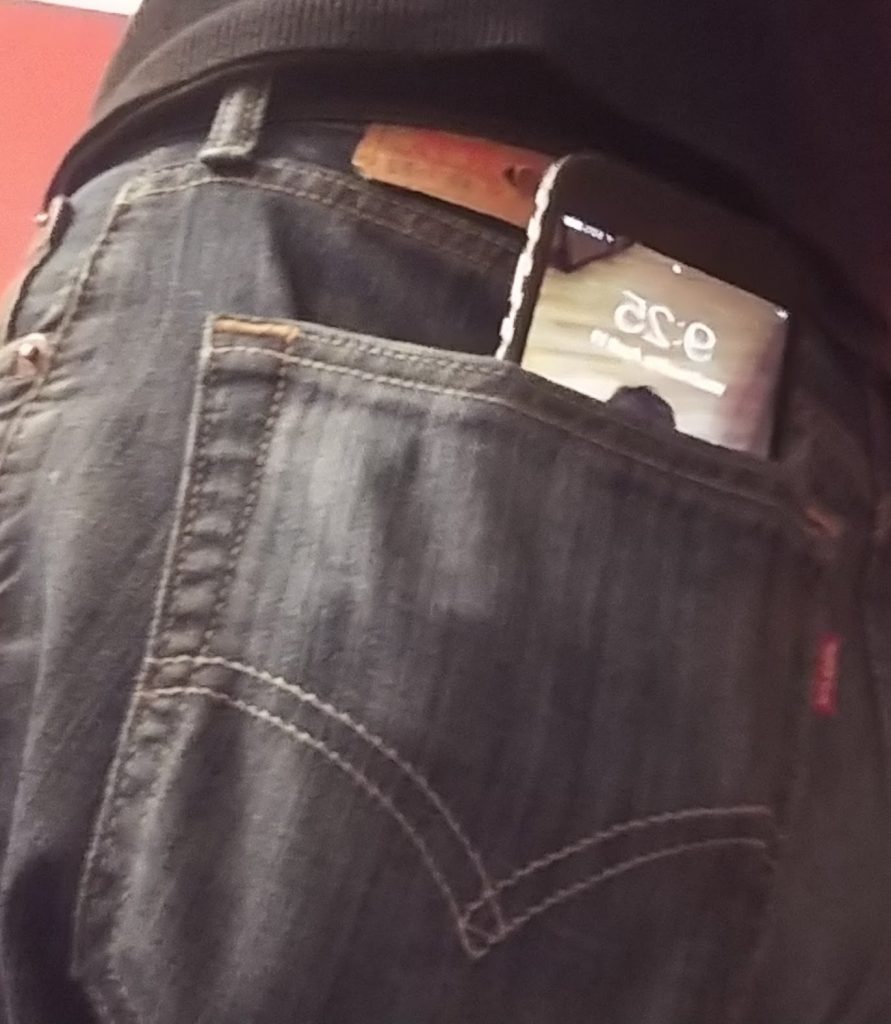 Taken with a selfie stick and way too much effort.

Easy there, folks. My servers can only handle so much traffic on a Thursday.

It’s not often that I get my scoop from an online publication called Legally Weird. Then again, touché.

No one is mistaking me for Bob Woodward.

Yadda, yadda, yadda, the Atlanta Journal-Constitution’s Maya T. Prabhu reports here that, upon arriving to work the next day, the pocket-dialer received an ultimatum from his boss: resign or be fired.

But, is he legally right?

A couple of articles I read about this situation reference this Sixth Circuit decision, in which the appellate court held that one who accidentally pocket-dials someone else no longer has any reasonable expectation of privacy in any subsequent communication that the person receiving the call may overhear.

In reaching its conclusion, the Sixth Circuit cited the plaintiff’s deposition testimony in which he “admitted that he was aware of the risk of making inadvertent pocket-dial calls and had previously made such calls on his cellphone.”

The court then underscored that “a number of simple and well-known measures can prevent pocket-dials from occurring. These include locking the phone, setting up a passcode, and using one of many downloadable applications that prevent pocket-dials calls.” As support, the Sixth Circuit cited an online article entitled, “Prevent Unwanted Butt Dialing with Smart Pocket Guard.”

And I just died a little.

In discussing the reasonable privacy expectations of one who pocket-dials, the court likened it to “the person who exposes in-home activities by leaving drapes open or a webcam on and therefore has not exhibited an expectation of privacy.”

Did I catch you flinching? Maybe a little.

This new lawsuit is pending in Atlanta, which is not part of the Sixth Circuit. And while I’m not an expert on Georgia/Eleventh Circuit jurisprudence on invasion of privacy, my gut tells me that this latest pocket-dialer has an uphill battle ahead of him.

If I’m right, then the takeaway here is that, yes, you can fire an employee who butt-dials you and talks smack about the company.