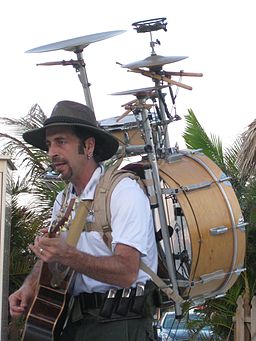 Or, retaliation lawsuits, for example.

Ms. Nuness is our plaintiff in this case. Ms. Nuness alleges that she is a female African-American who worked for her former employer for about 14 months.

During her employment, the plaintiff worked alongside a male Caucasian co-worker who had been counseled, from time to time, about inappropriate behavior. According to the plaintiff, about 13 months into her employment, the male co-worker called her a “niglet” – a “racist remark” that “highly offended her.” The plaintiff reported the incident and, after it was elevated to HR, the company suspended the male co-worker for one week, after which it returned him to the same position on the same shift as the plaintiff. However, the harassment stopped.

Still, the plaintiff claims that she subsequently complained to HR and asked that one of the two be transferred to another shift. Yet, despite other available shifts — according to the plaintiff — the company refused. When the plaintiff then told HR that she still “felt uncomfortable coming to work” and advised that she would be seeking counsel, HR replied that “if she did not come to work she would be resigning.”

Because she “could no longer tolerate the racially charged environment,” the plaintiff missed about a week of work. On March 20, 2015, HR informed the plaintiff that her employment was terminated.

While NJ has recognized in that a single incident could comprise a hostile work environment, that prior case involved a supervisor and a subordinate. Nuness v. Simon and Schuster, Inc. (opinion here), while similar — plaintiff was clearly subjected to a racist slur — was also different in that the slur came from a co-worker. Therefore, it did not fall into into that “rare and extreme case” category of cases where a single bad incident creates a hostile work environment.

She complained, she complained again, didn’t get a transfer (even though one was supposedly available), mentioned calling a lawyer, and was fired shortly thereafter. The court viewed this sequence of events as creating enough smoke for a possible retaliation fire.

This is a tough one.

Remember that we’re dealing with a set of allegations from the plaintiff.

Still, I’m not sure what more HR could have done under the circumstances. The company appears to have not only taken action that was reasonably designed to end the harassment; but, did end the harassment. It maintained open lines of communication with the plaintiff. And, I suspect that, plaintiff’s allegations notwithstanding, there was no other shift or position available in which to move one of the two. But, if I’m wrong, then that’s something the company should have explored further. And, the lawyer bit is a red herring, especially when considering that the plaintiff failed to appear for work for almost a week thereafter.

Maybe, we’ll see how this case shakes out on summary judgment. Or, maybe, it settles. Either way, it’s a good reminder of how HR life in the trenches is never easy.

Which is good because I have four kids to put through college.