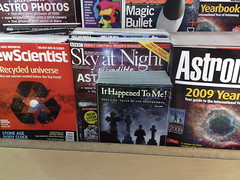 Oh, Meyer, where are you going with this one?

Well, it’s my chance to play a little GnR after the jump while reminding my awesome employer readers about what it takes for an employee to actually prove a claim of age discrimination.

So, how does this play out in the real world?

In this recent federal-court case, Hansen, a golf pro, sued his former employer, Crown Gold Properties, L.P., for age discrimination after he was fired. The golf club claimed that it dismissed the golf pro for budgetary reasons. Sounds reasonable. Therefore, to prevail, the golf pro had to show that the club’s proffered reason for discharging him was a lie. Rather than do that, the court highlighted the uniquely stupid different approach the plaintiff took at his deposition:

Hansen later explained to a former colleague that “Crown made a business decision and . . . my services were no longer needed.”  Hansen also testified that at the time he was fired he was “the most expensive salaried employee on the staff. We’re looking at numbers through a down year in 2009. It doesn’t take a rocket scientist to understand that it’s going to come down to making some more tough decisions”. Indeed, when asked at his deposition what motivated Crown to fire him, Hansen testified that he considered it to be a business decision to save costs.

Hopefully, your cost-cutting initiatives don’t generate much litigation. Respect and open communication during tough financial times can help. But, if efforts to save money do lead to an employment lawsuit, hopefully, your lawyers will ask the former employee at deposition for all facts that suggest that [insert legitimate business reasons] for discharging him/her are not true. It’s amazing how fast some of those “discrimination” claims crumble.