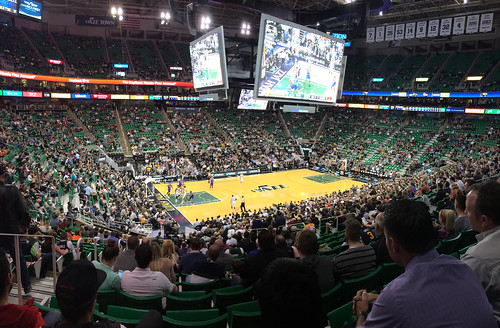 Anti-discrimination law focuses on the impact that bad acts have on victims, not on whether the actor intended the consequences of his actions. That’s why many employment lawyers caution employer-clients against second chances for employees that do things that others perceive as discriminatory.

But, the law doesn’t require termination for anti-semitic behavior. Instead, federal anti-discrimination law tasks employers with taking steps that are reasonably designed to end the complained-of behavior.

Still, many employees who engage in such behavior don’t show enough remorse or don’t otherwise instill confidence in the employer to offer them a second chance. Maybe, their apologies — assuming you even get one — ring hollow.

But, sometimes, an employee demonstrates through both his words and actions that he’s ready to embrace a second chance.

“First and foremost, I would like to apologize for my retweet. I wasn’t educated enough on the topic,” Wright-Forman said. “And therefore, I just want to say that I apologize. I do not mean to offend anybody. And those are not my beliefs and values. And I just want to once again say I apologize.”

“I wasn’t knowledgeable of what he had said or what he meant by it. So I guess, I was scrolling and did this by accident. I apologize,” Wright-Foreman said. “Like I said, I didn’t mean to offend anybody by the tweet. I didn’t mean to make anybody feel any type of way. And I apologize again.”

I recently retweeted messages that supported anti-Semitic rhetoric. I am truly sorry and I did not mean to offend anyone. I wasn’t educated enough on what was said and the ramifications. The messages I shared do not at all reflect my beliefs or values.

Now you may be thinking to yourself, “He’s only doing this because he got called out.”

But, here’s where it goes above-and-beyond for me.

KUTV Channel 2 reporter Kyle Harvey tweeted about an interview with a Salt Lake City rabbi with positive words about Mr. Wright-Foreman, saying that he is making an effort to learn about Jewish culture and antisemitism and reconciliation is happening.

KUTV Channel 2 also reported here about a Jewish fan of the Utah Jazz who read Mr. Wright-Foreman’s original retweet and posted a message on Mr. Wright-Foreman’s Facebook page, telling him how much his retweet hurt her as a Jew. Rather than ignore the Facebook post, Mr. Wright Foreman messaged her on Facebook and followed up with a phone call. The two spoke for about 20 minutes, after which the fan was ready to forgive. In an interview with KUTV Channel 2, the fan said, “I think in today’s day in age, people are very quick to say this person needs to be gone, this person needs to be fired, and I don’t think that’s the right way to go about it.”

It sounds like Mr. Wright-Foreman’s words and actions have earned him a second chance.

See you at noon.

Have a lovely weekend, and don’t forget to register here and join me at Noon EDT today for a free Zoom COVID-19 HR chat.