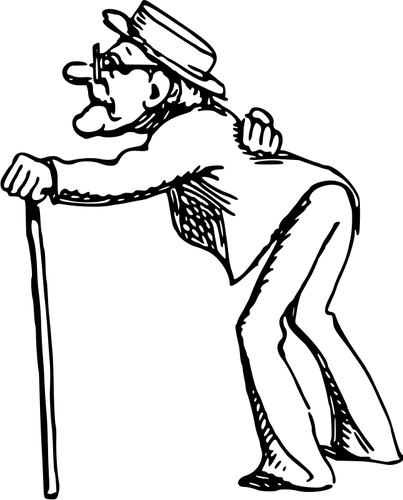 There are plenty of buzzwords and phrases that, when uttered in the workplace, made provide good fodder for an age discrimination claim.

For example, referring to someone as an ‘old timer’ can be direct evidence of age discrimination. Then, if an email were to surface in which the company writes that it is ʺlooking for young sharksʺ to become junior salespeople, well that’s not got either.

Last night, as I was waiting in O’Hare Airport waiting to board my plane to Heathrow, I read this recent Second Circuit opinion —

hold on a sec, two of my children just simultaneously dumped their deep dish pizza and spaghetti and meatballs on the nasty carpet while the other two sang out in unison, “FIVE SECOND RULE!” I may need to handle this.

I read this recent Second Circuit opinion about two older employees who claimed age discrimination because they believed that the defendant-employer’s stated reason for terminating their employment — their poor job performance — was pretextual.

But, the company had some pretty good evidence. For example, when they hired Plaintiff #1 (51), they chose him over two younger candidates — a 38-year old and a 31-year old. Indeed, the CEO and CFO were so impressed with the 51-year-old’s credentials that they paid him more than anyone else at the company. In time, however, the CEO and CFO began to sour on Plaintiff #1. He was not scheduling enough meetings with prospective clients. And when he did schedule meetings, they did not go well. So, the company set some objective metrics for Plaintiff #1, which he failed to satisfy. So the CEO and CFO, the same two who hired the 51-year-old, fired him.

But, don’t forget about that ‘old timer’ comment and the ‘young sharks’ email. The Second Circuit didn’t either. But, it dismissed them as stray events. Check it out:

“Stray remarks,” even when made by decisionmakers, do not make out a discrimination case….Given [the company’s] extensive, contemporaneous evidence that Plaintiffs were underperforming at their jobs, the undisputed fact that they were hired and fired by the same executives in a short period of time, …, and the absence of evidence that age was the motivating factor, we conclude that no reasonable jury could find that Plaintiffs were discharged because of their age.