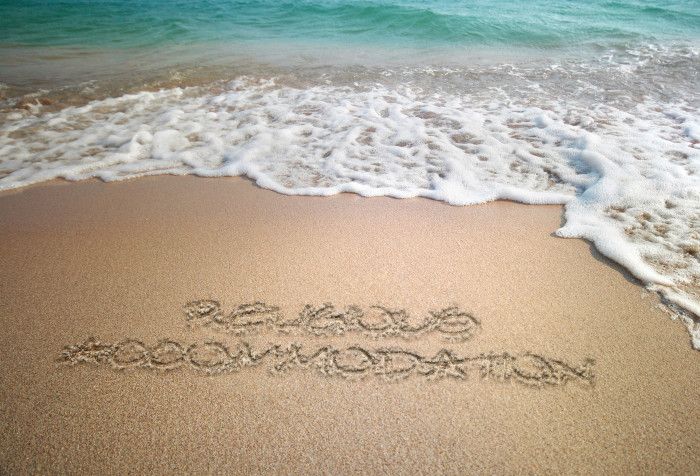 Here’s a reminder from the U.S. Equal Employment Opportunity Commission for employers to think twice about setting a deadline on an employee’s accommodation request.

For example, last week the EEOC announced that it had settled a religious accommodation lawsuit against a North Carolina hospital. According to the EEOC press release, the hospital mandated that employees get receive a flu vaccination annually by a specific date.

The EEOC further alleged that an employee may request an exemption to the vaccination requirement based on religious beliefs.

According to the EEOC, the hospital required that the request must be made by September 1, or it is subject to being denied.  The EEOC alleged that three employees requested religious exemptions to the vaccination requirement because of their various sincerely held religious beliefs, after the Sept. 1 deadline, and their requests were denied, and the hospital then fired all three claimants.

Title VII of the Civil Rights Act of 1964 requires employers to make a reasonable accommodation for an employee’s sincerely held religious beliefs as long as doing so does not pose an undue hardship on the employer. While it’s possible that accommodating these individuals after September 1 would have created an undue hardship for the employer, each situation must be analyzed on its own set of facts and circumstances. For this reason, hard deadlines can potentially expose an employer, like the hospital here, to liability under accommodation statutes like Title VII or the Americans with Disabilities Act. Ultimately, the onus is on the employer to show that extending a deadline in certain situations would create an undue hardship.

In this particular situation, I suspect that the regardless of whether the employer would have eventually prevailed, it made a business decision to settle early with the EEOC.

So, learn of this situation and remember to be both reasonable and flexible when accommodating an employee at work.