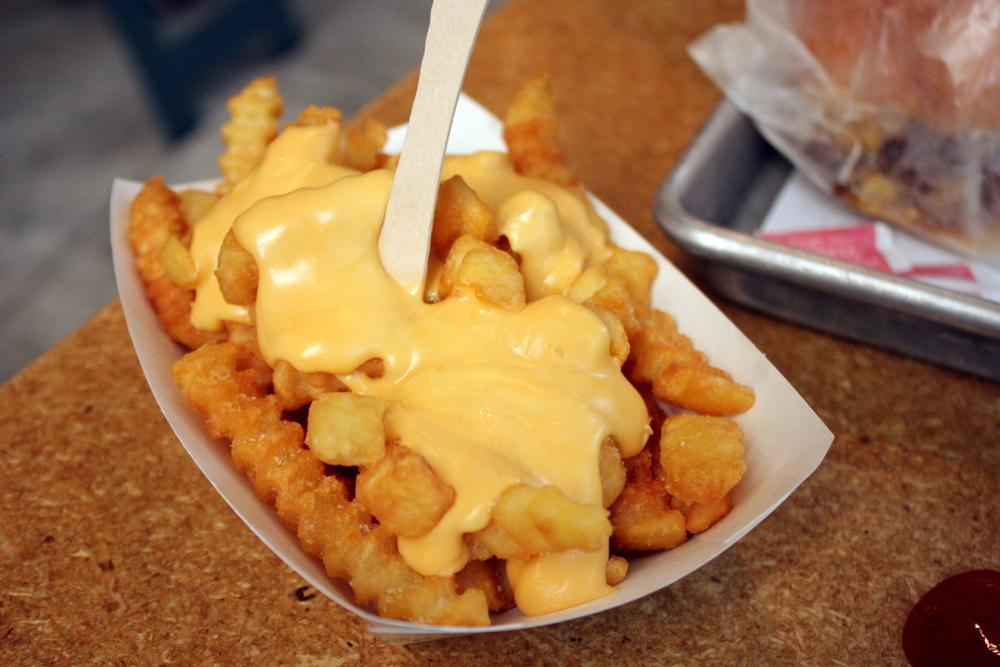 You’ll have to pardon the headline.

I’m not nearly as articulate as the Third Circuit was in yesterday’s opinion in Karlo v. Pittsburgh Glass Works, LLC, using words like “cognizable” and “disproportionate adverse impact.” And, even though the Third Circuit sits in Philadelphia, you won’t find local lingo like “old head” or “jawn” anywhere in the opinion.

Although, I’m pretty sure page 6 has a cheez whiz stain on it.

What could possibly go wrong when untrained managers carry out a RIF?

Don’t answer that. Instead, let’s hear more about the facts of this case from that Third Circuit opinion:

In 2008, the automobile industry began to falter. PGW engaged in several reductions in force (“RIFs”) to offset deteriorating sales. The RIF of relevance to this case occurred on March 31, 2009, and terminated the employment of approximately one hundred salaried employees in over forty locations or divisions. Individual unit directors had broad discretion in selecting whom to terminate. PGW did not train those directors in how to implement the RIF. Nor did PGW employ any written guidelines or policies, conduct any disparate-impact analysis, review prospective RIF terminees with counsel, or document why any particular employee was selected for inclusion in the RIF.

Among those RIFed, were employees in their 40s, and some who were over 50. The latter group brought a disparate-impact claim under the Age Discrimination in Employment Act against PGW.

Disparate-impact claims in ADEA cases ordinarily evaluate the effect of a facially neutral policy on all employees who are at least forty years old—that is, all employees covered by the ADEA. In this case, plaintiffs claim to have identified a policy that disproportionately impacted a subgroup of that population: employees older than fifty. But because the policy favored younger members of the protected class, adding those individuals to the comparison group washes out the statistical evidence of a disparity.

In a nutshell, the ADEA makes it unlawful for an employer to discriminate based on age. Well, with one qualifier, that is the ADEA’s protection is “limited to individuals who are at least 40 years of age.” In a disparate impact case,  a plaintiff must (1) identify a specific, facially neutral policy, and (2) proffer statistical evidence that the policy caused a significant age-based disparity.

The issue in this particular case is whether a discrete subgroup of folks over forty — here folks over fifty — can  maintain a disparate impact claim under the ADEA. Other appellate courts have said no and the defendant here argued that the ADEA protects employees based on a forty-and-older identity. But, why say “no” when it feels so good to say “yes“!

Plaintiffs’ claim is cognizable under the ADEA. Specifically, we hold that an ADEA disparate-impact claim may proceed when a plaintiff offers evidence that a specific, facially neutral employment practice caused a significantly disproportionate adverse impact based on age. Plaintiffs can demonstrate such impact with various forms of evidence, including forty-and-older comparisons, subgroup comparisons, or more sophisticated statistical modeling, so long as that evidence meets the usual standards for admissibility. A contrary rule would ignore significant age-based disparities. Where such disparities exist, they must be justified pursuant to the ADEA’s relatively broad defenses.

Now we have a circuit split with the Second, Sixth, and Eighth Circuits. Supreme Court anyone?

In plain English, what does this mean for your business?

Well, it means a few things: