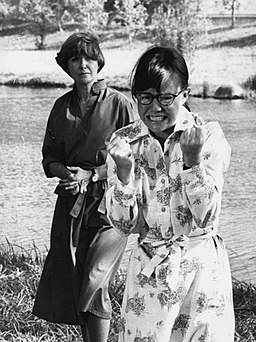 In 1976, Sally Field played Sybil in the eponymous TV movie. Sybil was a teacher who suffered a breakdown in front of her students, only to be diagnosed with dissociative identity disorder. Throughout the movie, Sybil exhibits multiple personalities — 16 in all.

Some may even consider Sybil to be ‘crazy.’

Or at least someone with a mental impairment that substantially limits one or more major life activities a/k/a a disability.

From TV to the workplace

But, would you refer to a co-worker who suffers from mental health issues — she is bipolar, and suffers from attention deficit disorder, PTSD, and generalized anxiety disorder — as ‘Sybil’?

Of course not. Well, at least not to her face.

Over the weekend, I read this decision from a federal court in Pennsylvania. Sure enough, it involved an employee with mental health issues. And, yes, her co-workers referred to her as ‘Sybil’ both behind her back and to her face.

But, it was worse than that.

The company president piles on.

The husband of the company’s president forwarded to the company president an email from human resources. In that email, the president’s husband further commented, “[h]ow about this crap? … After injury management it looks like billing [the plaintiff’s department] is our next personnel project.”

The company president then replied to her husband by email, “I think you need to let [the plaintiff] go as she truly is Cybill (sic.).”

Except it gets even worse.

Not only did the company president refer to the plaintiff as Sybil, but she also decided to deny the plaintiff’s request for a workplace accommodation. The plaintiff had asked the company to accommodate her mental health issues by affording her additional breaks throughout the day to deal with the stress she was feeling at work. Although the plaintiff supported her request with a doctor’s note, the president still denied it.

For these reasons and others, the court denied the employer’s request for summary judgment on issues of disability discrimination and its alleged failure to accommodate the plaintiff’s disability.

The verdict is in.

That was a year ago. Last week, a federal jury weighed in and concluded that the company had discriminated against the plaintiff, violating both the Americans with Disabilities Act and the Pennsylvania Human Relations Act. The jury awarded the plaintiff $35,000 in back pay and non-economic damages of $250,000. This does not include the attorney’s fees and costs that the court may separately award the plaintiff’s counsel. Plus, the company had to pay its own lawyers.

A mean nickname, some bad emails, and a failure to accommodate may cost more than half a million dollars.

As if you needed another reminder to…