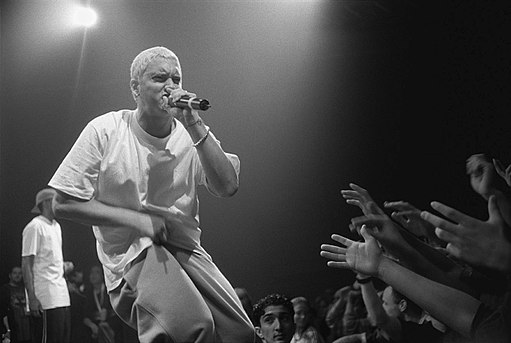 “Look, if you had one shot, one opportunity, to seize everything you ever wanted – one moment. Would you capture it or just let it slip?“

You sippin’ on some of Snoop Dogg’s Gin and Juice again, Eric?

No, just some seltzer. But, it’s orange if that counts.

But really, I read this case recently about a guy who resigned from his job ostensibly because of a retaliatory environment created after a failed drug test. Except the lower court and then a federal appellate court dismissed most of his claims because the employee failed to present them first to the U.S. Equal Employment Opportunity Commission.

So, I thought that this was a good reason to discuss administrative exhaustion with you.

Federal anti-discrimination laws like the Americans with Disabilities Act require an individual to present his or her claims with the EEOC in a Charge of Discrimination before litigating them in court. Each incident of discrimination and each retaliatory adverse employment decision constitutes a separate actionable unlawful employment practice that must be individually addressed before the EEOC. That’s fancy speak for administrative exhaustion.

For example, if an employee claims that his employer retaliated against him by forcing him to resign (constructive discharge), that needs to be in the Charge. However, if the employee further claims that the employer discriminated against him before the resignation (e.g., an earlier suspension, demotion, reduction in hours, whatever), that should be in the Charge too.

So, getting back to the case I read, the plaintiff alleged in federal court that his former employer retaliated against him under the ADA by (1) suspending him; and then (2) forcing him to resign. However, the EEOC Charge of Discrimination said nothing about the former. Now, theoretically, a claim can be salvaged if it is reasonably related to the conduct complained and would fall within the scope of the EEOC investigation. But, the Court didn’t reach that conclusion here. So, it dismissed the retaliation-based-on-suspension claim.

If you are defending a discrimination claim in federal court, it is essential to raise failure to exhaust administrative remedies as an affirmative defense. Why? Because in most courts (First, Second, Third, Sixth, Seventh, Tenth, and D.C. Circuits), if you do not raise this as a defense, you’ve waived it. Other courts (Forth, Ninth, and Eleventh Circuits) have concluded that administrative exhaustion is jurisdictional, which means that a federal court cannot adjudicate the discrimination claims unless the plaintiff asserts them before the EEOC first.

Fortunately, the Supreme Court has agreed to resolve this split in authority.

Presumably, a sequel to 8 Mile will follow shortly after that.