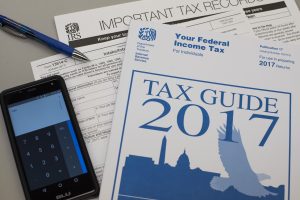 I feel like worker misclassification has been an issue that’s been flying under the radar for the last year or so, especially as it relates to independent contractors.

In 2016, and the first half of 2017, employers were fixated on the U.S. Department of Labor’s proposed overtime rule. Had that rule taken effect, it would have converted something like 4-5 million American workers from exempt to non-exempt overnight. Then, starting in late 2017, #MeToo took over. The movement has refocused many employers on training and other prophylactic steps to reduce discrimination at work.

When was independent contractor misclassification last “a thing?”

You’d have to go back a few years to when states were entering into Memoranda of Understanding to join forces with the DOL.

Well, if you were going to choose a state to reignite the battle against independent contractor misclassification, which one would you pick? I’ll give you a few hints: this state recently enacted the most progressive equal pay law in the U.S. and is mandating paid sick leave in the Fall.

That’s right; New Jersey is making headlines again. This time, it’s for signing a cooperation agreement with the DOL to combat independent contractor misclassification. Here’s more from a press release from the New Jersey Department of Labor and Workforce Development:

“One of the Labor Department’s core responsibilities is to safeguard workers from unscrupulous business practices, and to support responsible businesses by making sure everyone plays by the same set of rules,” said Labor Commissioner Robert Asaro-Angelo. “This partnership with U.S. DOL will help ensure that our business partners and the state’s workers all get the protections they deserve.”

The memorandum of cooperation signed by the two agencies adds teeth to labor enforcement efforts by promoting coordinated investigations and shared resources. The partnership sends a strong message to unscrupulous business owners that misclassification laws are being strictly enforced.

“The agreement we signed today with the New Jersey Department of Labor and Workforce will amplify the effectiveness of both agencies,” said DOL Wage and Hour Division Regional Administrator Mark Watson.  “The U.S. Department of Labor looks forward to improving coordination and increasing joint outreach and compliance assistance efforts with all of our state partners.”

One area of focus will be the gig economy. And Law360 notes (here) that the agreement comes “three months after New Jersey governor Phil Murphy issued an executive order that established a cross-agency task force on worker misclassification, and highlighted numerous consequences of worker misclassification including a significant loss of tax revenue for the state.”

More generally, if you operate a business in the Garden State and you’ve yet to assess your employment practices proactively amidst the rapidly evolving compliance rules, well, I can’t imagine that you’re going to change now.

Because, otherwise, it could get ugly fast.