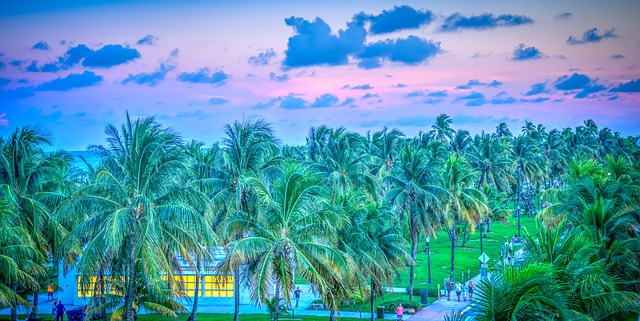 In terms of workplace issues, #MeToo and sexual harassment have dominated the headlines in 2018. Most recently, John Oliver covered these subjects on his show and Jon Hyman has a robust discussion going on right now on LinkedIn in which I encourage you to weigh in.

Perhaps aspirationally, Jon wonders whether the collective spotlight on #MeToo will help end the problem.

Meanwhile, in the shadows lurk some pretty sickening instances and allegations of other forms of god-awful, in-your-face, no-doubt-about-it discrimination.

Yesterday, the U.S. Equal Employment Opportunity Commission announced here that it had reached a $2.5 million settlement with a South Beach hotel property to resolve claims of horrible discrimination. (The employer did not admit any liability as part of the settlement.)

From the EEOC press release:

According to the EEOC’s lawsuit, black Haitian dishwashers were wrongfully terminated on the basis of their race, color, and national origin and were replaced by a staffing agency workforce of mostly light-skinned Hispanics….The dishwashers testified that their supervising chefs referred to them as “slaves” and reprimanded them for speaking Creole, even amongst themselves, while Hispanic employees were allowed to speak Spanish.

The testimony also revealed that the black Haitian dishwashers complained to human resources about discrimination and about having a “racist” supervisor but, instead of addressing these complaints, the [employer] fired the entire dishwashing department made up primarily of black Haitians, without providing them an opportunity to apply to the staffing agency before their termination.

Here’s how bad this was (allegedly). There were 17 dishwashers who complained of such discrimination. Fifteen of them had private counsel. Usually, when individuals have counsel to pursue discrimination claims on their behalf, the EEOC will devote its resources elsewhere. Yet, that’s not what happened here. Rather, the EEOC saw this through … to a $2.5M settlement.

I snagged a copy of the Consent Decree and, on top of a big payout, just look at the gobs of training and compliance that the employer will have to undertake.

$2.5 million and training after the fact.  I don’t think that’s how it’s supposed to work.