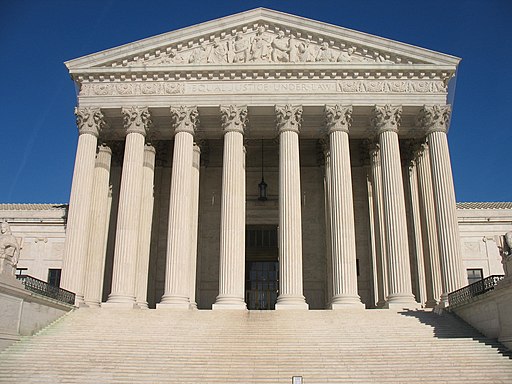 But, surprise, surprise! At about 2:45 PM ET, the Court released two more opinions — one in the ETS case and the other involving the Center for Medicare and Medicaid Services healthcare COVID-19 vaccine mandate (the “CMS Rule”).

The title of this blog post is a bit of a giveaway that this news is no longer “BREAKING,” a word that most other law firms and bloggers have overused already to describe anything at the inspection of COVID-19 and HR compliance. Here, I’ll just stick with explaining why the Supreme Court stayed the ETS, why three dissenting justices disagreed with the per curiam decision, and how this decision impacts your workplace.

(I’ll talk more on Monday about the Supreme Court’s decision to greenlight the CMS Rule.)

The Occupational and Safety Hazard Act (“the Act”) empowers the Occupational Safety and Health Administration (OSHA) to set safety standards for the workplace.

Question: Is forcing employees in larger businesses — roughly 84 million of them — to get vaccinated or test weekly a workplace-safety standard? Or is it a de facto broad public health measure?

The Act permits the former, but not the latter, because all of the justices — even the dissenters — agree that OSHA is not a “roving commission to inquire into evils and upon discovery correct them” wherever they exist.

The Court here concluded that COVID-19 “is a risk that occurs in many workplaces, it is not an occupational hazard in most.” COVID–19 can and does spread in many other places where people gather — places like homes, schools, sporting events, all of which are outside of OSHA’s jurisdiction. If COVID-19 were unique to the workplace — or even particular workplaces (e.g., researchers who work with COVID-19) — OSHA could step in a regulate under the Act. However, “[p]ermitting OSHA to regulate the hazards of daily life—simply because most Americans have jobs and face those same risks while on the clock—would significantly expand OSHA’s regulatory authority without clear congressional authorization.”

Concurrence: The ETS is unconstitutional too.

In a concurring opinion, Justices Gorsuch, Thomas, and Alito concluded that state and local governments are the ones that should be imposing ETS-like mandates — not the feds. They reasoned that Congress had not assigned OSHA the power to do so — which it probably can’t do anyway under something called the nondelegation doctrine.

“If Congress could hand off all its legislative powers to unelected agency officials, it ‘would dash the whole scheme’ of our Constitution and enable intrusions into the private lives and freedoms of Americans by bare edict rather than only with the consent of their elected representatives.”

Tell us how you really feel, why don’t you?

Dissent: Let OSHA do its job.

In their dissent, Justices Breyer, Sotomayor, and Kagan approached the issue linearly? (Is that word? Linearly? Let’s go with it anyway.) That is, the ETS “falls within the core of [OSHA’s] mission: to ‘protect employees’ from ‘grave danger’ that comes from ‘new hazards’ or exposure to harmful agents.” And since Congress enacted the Act to keep workplaces safe and healthy, OSHA was just doing its job.

And not only was OSHA justified in creating the ETS, but nixing it would not be fair. “OSHA estimates—and there is no ground for disputing—that the [ETS] will save over 6,500 lives and prevent over 250,000 hospitalizations in six months’ time,” noted the dissenters. Compare that to employers’ exaggerated claims of a worker exodus, and the dissenters concluded that the balance of interests supports the ETS.

Plus, the Supreme Court should not be in the business of second-guessing the experts.

“Who decides how much protection, and of what kind, American workers need from COVID–19? An agency with expertise in workplace health and safety, acting as Congress and the President authorized? Or a court, lacking any knowledge of how to safeguard workplaces, and insulated from responsibility for any damage it causes?”

What’s next for businesses?

In plain, everyday English, the ETS is circling the drain. Labor Secretary Marty Walsh called the Supreme Court’s decision “a major setback to the health and safety of workers across the country.” Theoretically, OSHA could go back to the drawing board with a narrower ETS or a new COVID-19 workplace standard that goes through a notice and comment period. But, neither of those will happen anytime soon. Still, at the very least, OSHA will do everything in its existing authority to hold businesses accountable for protecting workers, including under the Covid-19 National Emphasis Program and General Duty Clause.

Theoretically, a state (like MN or IL) or locality could impose an ETS-like mandate. But your mileage may vary, and I’m not going to get that granular here. We’re already closing in on 800 words.

Finally, nothing about this decision prevents your business from imposing a testing mandate, vaccine mandate, mask mandate, or all three — if you allow for reasonable accommodations for religious and health reasons. That decision is yours. However, I’m not a doctor, and you shouldn’t act like one either. Consider following the advice of the CDC and other state and local health authorities to maintain a safe and healthy workplace.

If in doubt, consult an attorney — not a blog — but one you pay for advice.