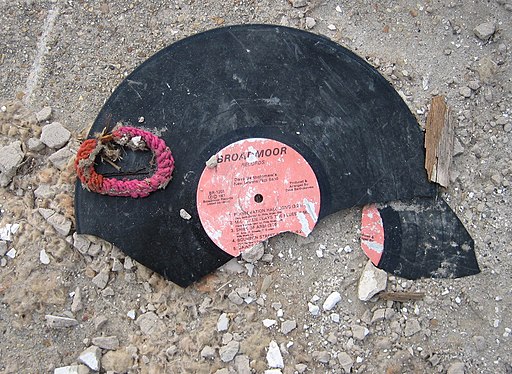 What is this? A broken record?

Yesterday, I blogged about a recent NY appellate decision in which the court held that an employee who had sued her employer would have have to turn over her Facebook postings that related to the case.

Today, we head south down 95, and then west to Franklin County, PA, where a state court judge recently explained, in far greater detail than in the NY opinion, why employees have no reasonable expectation of privacy in their Facebook posts. (Not coincidentally, everything is done better in PA than in NY. Inferiority complex, much? Yep.)

I’ll break it down — the decision, not my complex — after the jump…

The injured plaintiff refused to turn over the goods, claiming that the information sought was not relevant and disclosure of her Facebook deets would cause unreasonable embarrassment and annoyance. Is she right?

Well, to analyze this, let’s start with a fundamental question…

You betcha! The court underscored that, much in the same way that plain ole electronic discovery is fair game, “it is clear that material on social networking sites is discoverable in a civil case.”

As if! The Court did away with that notion by proclaiming that there is no prohibition against electronic discovery of relevant information, no such thing as a “confidential social networking privilege”, and, most importantly, “no reasonable expectation of privacy in material posted on Facebook.” This makes sense because, when a user posts her updates on Facebook, they may be shared with strangers. Even “private” Facebook posts may be shared with others.

Does that mean all plaintiffs will have to divulge user names and passwords?

Nope. The party seeking discovery of evidence must be able to demonstrate that the information sought is reasonably likely to lead to the discovery of admissible evidence. In Largent, the plaintiff claimed that the accident at issue caused her chronic physical and mental pain. The defendant was reasonably certain that plaintiff had posted the gym status update and photographs which tend to under. Therefore, the defendant had met her burden of demonstrating the relevancy of the discovery she sought.

Did this court nail it, or what?

Almost. I don’t like the idea of forcing a party to give up a username and password to a Facebook site. There is something unsettling to me about giving an adversary constant, unfettered access to a social networking account. Would a court order a party to turn over an email username and password? This shouldn’t be any different.

As I’ve posted before, the better alternative — at least as to Facebook discovery — would have been to require that the plaintiff friend the defendant’s attorney utilize Facebook’s “Download Your Information” function, which allows a user to create an electronic copy of her entire profile information (e.g., contact information, interests, groups), wall posts and content that she and her friends have posted to her profile, photos and videos, friend list, notes, events, private messages, comments, and other related content.

To avoid broad discovery requests which could be construed as a fishing expedition, another option would be to force the requesting party to narrow its discovery request — in this case to Facebook content relating to visits to the gym or other physical activity and photos of the plaintiff with her family — and then have the responding party produce responsive Facebook posts.